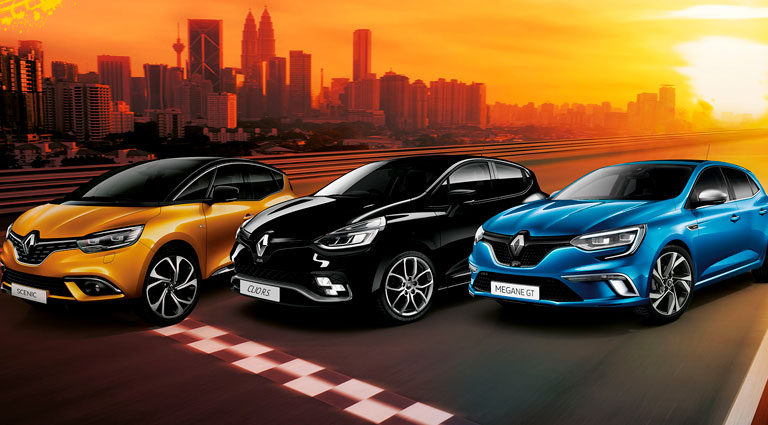 In the first half of 2017, the Renault Group achieved 1.88 million vehicles sold, representing a 10.4% increase in a market growing by 2.6%. All regions grow in volume and market share. In particular, the Group recorded a 19.3% increase in sales in the Africa-Middle East-India region and 50.5% in the Asia-Pacific region.

In Europe, the Group’s registrations continue to grow faster than the market. They have progressed by 5.6%, in a market that advances by 4.4%, which means 1,025,146 vehicles registered in the first half. The Group’s market share in Europe is 10.8%, an increase of 0.1 points.

Only the Renault brand registered a growth of 4.3%. Its market share amounts to 8.2%. Renault benefits mainly from the complete renovation of the Mégane family, made in 2016. New Clio is the second best-selling vehicle in Europe, and Captur is the first crossover in its category.

In the segment of electric vehicles, Renault remains the leader with a market share of 26.8%. Sales volumes increased by 34%. ZOE, the best-selling electric vehicle in Europe, recorded a 44% growth in its registrations.

The Dacia brand records a first-half sales record in Europe, with 245,453 vehicles registered (+ 9.3%) and a market share of 2.6%. This growth is related to the results of Nuevo Sandero, launched in late 2016, and Duster.

By 2017, the world market should experience growth of between 1.5% and 2.5%. It is also expected that the European market will continue to grow by 2% with the same progression in France (+ 2%).

Outside Europe, the Russian market is expected to grow by over 5%, and the Brazilian market by 5%. China (+ 5%) and India (+ 8%) are expected to continue their growth momentum.

In the second half, the Group should continue to benefit fully from its renewed range in Europe, and at international level, of the Koleos boom in China; Kaptur, Xray and Vesta in Russia; QM6 and SM6 in South Korea, and its new range of SUVs in Latin America.

In this context, the Renault Group confirms its commercial objectives for the year 2017: an increase in sales and market shares in Europe and internationally.