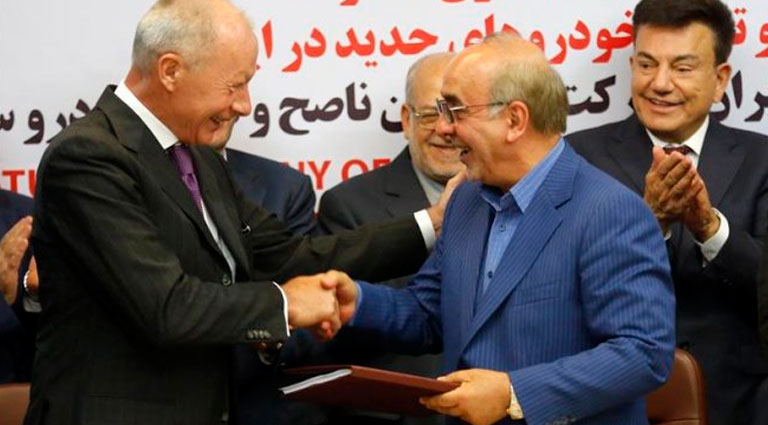 Renault concludes agreement with Iran to manufacture 150,000 cars in the country

The French group Renault today announced the conclusion of an agreement with the Iranian authorities and its local partner to build a car manufacturing plant with a production capacity of 150,000 units a year, which will add to the 200,000 it already manufactures today .

The management of the plant will be through a joint venture in which Renault will control 60% of the shareholding, compared to 40% that will be equitably distributed the public investment fund for the renewal of Iran’s IDRO industry and Current importer that has Renault in the country, Parto Negin Naseh.

The agreement, which was already pre-signed last September, provides for the creation of an engineering and procurement center “which will develop local suppliers” and “a plant with a production capacity of 150,000 vehicles a year at first” The company said in a statement.

At present, Renault has a production capacity of 200,000 cars a year, through the joint venture with SAIPA and Iran Khodro, which produces and distributes the Tondar, Tondar pick-up, Sandero and Sandero Stepway models.

According to Renault, the group owns 9.7% of the market share in Iran, where in the first half of this year its sales multiplied by two, to 68,365 vehicles.

There will also be a plant to produce engines to equip vehicles, a point that was not covered by the agreement.

The first vehicles that will leave the plant, which will be located in the city of Saveh, 120 kilometers from the capital, will be the Symbol and Duster models.

Stefan Mueller, deputy director of Performance, added that the pact shows the strategic commitment by Iran, where in 2020 the automotive market will represent 2 million vehicles per year.