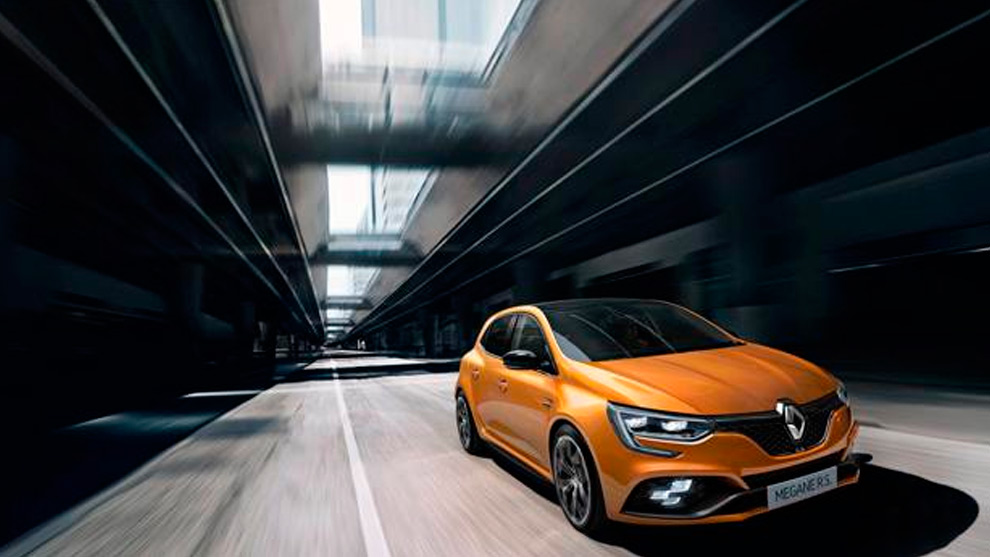 Renault applies technologies from the competition to its new Mégane RS

The sports division Renault Sport has presented in Fraknfurt the new Renault Mégane R.S. Since its launch in 2004, Mégane R.S. has been gradually introduced in the market for high-performance vehicles in segment C to become a reference. Now the new model is presented, according to the brand, with the aim of further driving the values ​​of Renault Sport: agility, efficiency and driving pleasure.
The new Mégane R.S. is distinguished by its new proportions. On the one hand, the side of the body houses wheel arches extended by 60 mm in the front and 45 mm in the rear with respect to Mégane GT. On the other hand, being wider and settling on wheels of 18 and 19 inches, its stability in road and its behavior in curves have improved.
A new body color makes its appearance in the Mégane R.S family: Orange Tonic. Like Sirius yellow, emblematic color of Renault Sport, this new color has followed a specific treatment so that its brightness and reflections are unique. On the other hand, it brings dynamism and fits perfectly to the distinctive atmosphere of the Mégane RS, which adds to its interior sports front seats with integrated headrests, Cockpit adorned with red stitching in a universe of carbon gray integrated, two options of upholstery (weave carbon or Alcantara weave and specific aluminum pedals and gear lever.
The car adopts the 4Control chassis, with its 4 steering wheels. In this way the Mégane RS is now more agile in tight corners, and more stable in the curves that are taken at high speed. It has a more direct direction and a shorter turning radius in maneuvers. The 4CONTROL, specially defined by Renault Sport for this new model.
In the mechanical section, it incorporates a new turbocharged direct injection engine. Resulting from the synergies of the Renault-Nissan Alliance, this 1.8-liter (1798 cm3) four-cylinder engine reaches a maximum power of 280 horsepower at 6000 rpm and a maximum torque of 390 Nm.
In order for the Mégane R.S. can achieve such power and torque, Renault Sport teams have based their development work mainly on the top of the engine, air intake and exhaust.
The fully redesigned cylinder head has required collaboration between the teams of Renault Sport Cars and the Formula 1 engineers of Renault Sport Racing.
The air filter with double entry has been redefined to offer, from now on, more capacity and permeability. The Twin Scroll turbocharger substantially improves its flexibility and reactivity at low speeds.
As a final figure, its CO2 emissions / km rise to 155 grams per kilometer (a significant increase of 11% over the previous generation) and its mixed consumption corresponds to 6.9 liters per 100 km.
For the first time, New Renault MÉGANE R.S. includes a double gearbox offering associated with its new 280 hp TCe engine: a 6-speed manual gearbox and a 6-speed EDC double clutch.
The stages and the gear ratio of the speeds have been developed by the teams of Renault Sport to satisfy the requirements of efficiency and consumption. The gear change time of the EDC gearbox has been optimized to increase efficiency and comfort when driving.