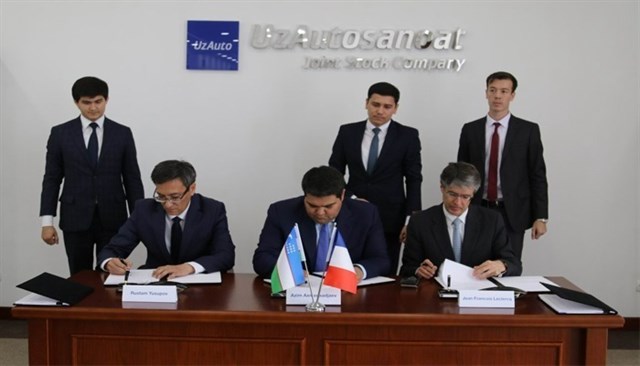 PSA and SC Uzavtosanoat will manufacture commercial vehicles in Uzbekistan, with an investment of 130 million

The PSA Group has reached an agreement with SC Uzavtosanoat for the formation of a joint venture, called Uzbekistan PCA, through which a plant will be built in the country to manufacture commercial vehicles of the Peugeot and Citroën brands, with A joint investment of about 130 million euros.

According to the two companies in a joint statement, through this joint venture, 50% owned by each firm, a new factory will be built in Jizzakh, 200 kilometers from the capital Tashkent, to manufacture commercial vehicles of Peugeot and Citroën For the transport of people and goods.

The PSA Group will contribute new technologies and intellectual property and contribute to the implementation of modern processes of production and organization of training of workers. In addition, the factory will use at least 50% of local suppliers in the first year of production.

The new center of this joint venture in Uzbekistan will have an estimated annual production capacity of 16,000 units per year. These vehicles will be marketed in the local market and will also be exported to other countries.

SC Uzavtosanoat Vice-President Yusupov Rustam said that commercial vehicles were the only segment not occupied in the Uzbek market, so he indicated that this project represents a qualitative leap in the development of the local automotive industry.

Eurasia Vice-President Christophe Bergerand stressed that this initiative is in line with the Push to Pass strategic plan, while indicating that it represents a “great opportunity” for the company to develop Commercial vehicle business and to achieve profitable growth in the region.