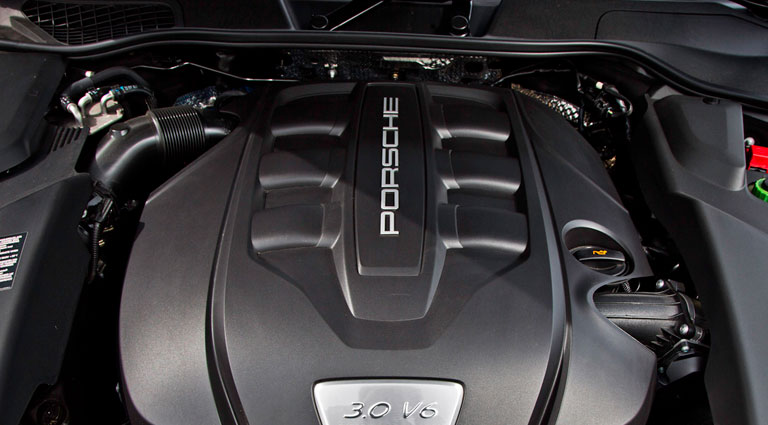 The presentation ceremony was held at the Porsche Museum, located next to the headquarters of the firm in Stuttgart. A city that also houses the Mercedes Museum and its headquarters, and the multinational automotive component, Bosch. In this locality a judge has ruled to prohibit the circulation by the center of the diesel cars from the 1 of January. The measure is appealed and awaiting final judgment.

The paradox of a city with so much weight in the automotive sector can be found in Porsche itself. The 911 has introduced two variants of the Cayenne, both gasoline, and has promised more powerful Turbo versions and a plug-in hybrid with 50 kilometers of autonomy in electric mode.
But with regard to the diesel variant, mutism. An uncomfortable topic for top management, including clan chief Wolfgang Porsche.

Porsche is a brand that is part of the Volkswagen group, but also as a company, it is the largest shareholder in the consortium with 30.8% of the capital and 52% of the voting rights in the decisions of the board of directors. With the dieselgate, that Porsche dies the diesel would be a blow to VW, although the brand can argue the low weight of sales of diesel.
“The Cayenne diesel only accounts for 14% of the total sales of the model,” explains Olivier Blume, CEO of Porsche. When asked by the diesel version of the third generation Cayenne, “Today [Tuesday night] we are presenting two variants of gasoline, on diesel will report in the coming weeks.”

Porsche sells three vehicles with diesel engine, the Panamera, the Macan and the Cayenne. Switzerland has temporarily banned the sale of the diesel Cayenne – following the example of Germany in July – for a problem related to its emissions, while the diesel Panamera is undergoing a major overhaul. In Spain, sales of the latter have been frozen.

Blume leaves the door open for Porsche to continue with the diesel engines in the short term. “Diesel is very important in Europe and allows us to achieve good CO2 levels,” he says, although he states bluntly that “Porsche does not develop diesel engines.” Indeed, they are from Audi and as the Porsche Macan, Panamera and Cayenne share platforms with Audi models, are perfectly compatible with the introduction of a V6 diesel engine of the brand of four rings.

However, Porsche focuses on the hybrid plug-in variant that will arrive next year «and with up to 50 kilometers of electric range». It is the alternative to diesel and that “with the Panamera we have seen that the sales of the hybrid version have increased”.

Everything indicates that the Cayenne diesel could be sold in Europe in the short term and, if the customer stops asking for it, it will be eliminated. Because “there is not going to be a 100% electric Cayenne in this generation”, explains Blume, since “the first 100% electric Porsche will be based on Mission E”.