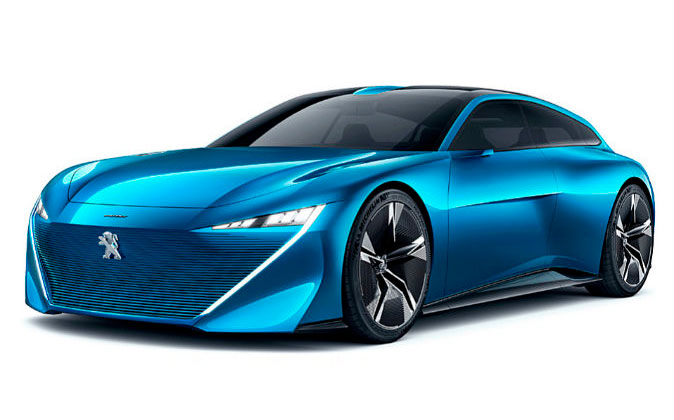 The French brand imagines the driving of the future with this vehicle that makes decisions according to the circumstances of the driver and that has been presented at the Mobile World Congress in Barcelona.

The appointment is in the design center that Peugeot has on the outskirts of Paris and the reason for the trip, to know before anyone else the latest invention out of the minds of its designers and engineers. In the house they have christened it Instinct Concept and would be something like a psychologist on wheels.

Why? Because it is able to make its own decisions not only from the environment around it, but from the agenda or the physical state of the driver in such a way that, for example, goes to an autonomous driving mode if we are exhausted after a Hard working day. Or, on the contrary, as you know that we have just exercised in the last few days, we suggest to park 10 minutes from the office to go and walk back.

Although your attentions could go much further: check that the house has closed when we leave, or connect the heating in advance so that we find it at the right temperature when we arrive.

To achieve this, the Instinct dive into the driver’s cloud thanks to the information that comes through the smartphone or our intelligent phone, tracks social networks, even connects through home automation with the various appliances in the home. And to that it adds all the data that the own vehicle generates on our habitual routes and schedules, driving style, etc.

Peugeot has partnered with Samsung, which is in charge of processing all that information, from which four modes of piloting are derived. Two are autonomous, a more dynamic where you go fast from one place to another in a short time and another for long journeys as a motorway route where it is worth lying down to rest or watch a movie. There are also two modes of ‘traditional’ driving depending on whether it has support (cruise control type) or not. In any case, the last word is always who sits at their controls.

These, in particular the steering wheel or the pedals, retract and are hidden when nobody is going to drive the car. And also the four available seats can take different positions, in the style of the business class seats of an airplane, depending on whether you want to rest, work with the computer or drive. Of course, since the Instinct is a future proposition, the cabin has huge digital displays and lacks many traditional controls and clocks that are replaced by holograms.