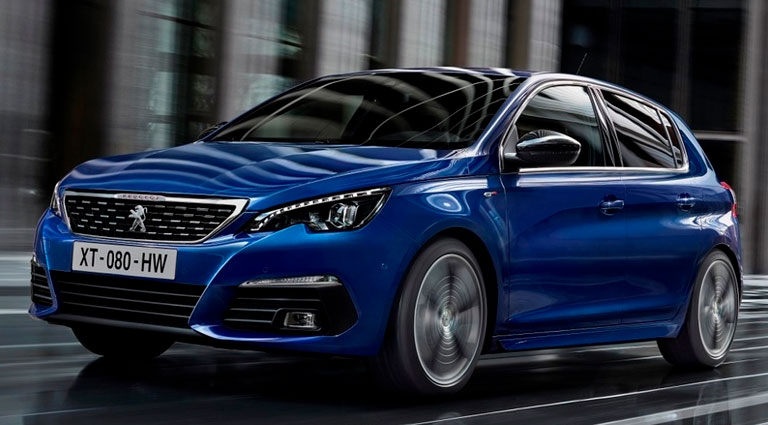 Peugeot aesthetically updates the 308 and adds a new engine: a 130-horsepower diesel

The second generation of the Peugeot 308 varies slightly in the design of the body and incorporates a lot of technology inside. Outwardly highlights the new grille, a new front hood and the incorporation of lights with LED technology. In addition, the air intakes include fog lamps. Also in the back area the optics are new and go permanently on. Sideways most prominent are the new 16-inch diameter cutting wheels.

In the cockpit, both the five-door version and the familiar SW, highlights the 9.7-inch touch screen with 3D navigator developed along with Tom Tom, seats with new coatings and a very revised general termination.

Apart from the engines of the current range a new diesel propeller BlueHDi 130 S & S is incorporated. We speak of a four cylinder engine and 1.5 liters of displacement, with a power coded at 130 horses. The Pure Tech 130 S & S three-cylinder gasoline engine has also been optimized with several interior changes to get its fuel consumption reduced by 4% and includes a new six-speed manual gearbox. On the other hand, also new is a new automatic gearbox / sequential eight gears.

The diesel engines already comply with the Euro 6c anti-pollution regulations, which is one step above the current mandatory standard.

We can not forget the multiple aids to driving that incorporates the new 308 as the Active City Brake, which allows an automatic stop when there are unforeseen obstacles, or involuntary lane change alerts, fatigue alert and the regulator The active speed, among others.

Since the start of the Peugeot 308, three years ago, 760,000 units have been sold. It should be noted that the segment in which this model is included accounts for 38% of the world sales, which are estimated at 67 million vehicles. The prices for the new 308 depart from 15,850 euros for the saloon and amounts to 16,650 euros for the family version or SW. The latter represents a third of the total sales of this model. The prices include a launch discount of 4,000 euros. Orders can be made from the month of July.