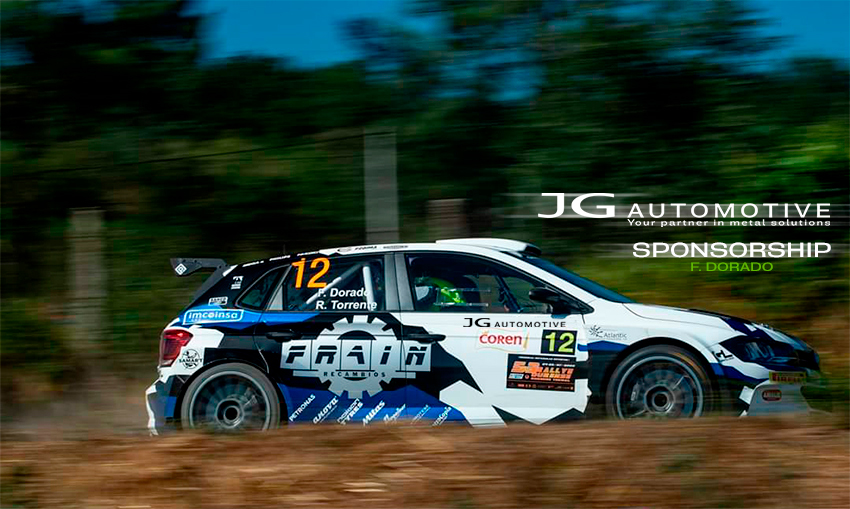 Our pilot Fco. Dorado at the limit of the podium in the Rally Sur Do Condado

JG Automotive supports its driver Fco. Dorado Vizcaino and his co-driver Roi Torrente betting on technology in the high competition in the automotive world.

Fco. Dorado gives us their impressions on the classification (4st in general the  third test Rally Sur Do Condado)

“Weekend of progression for Francisco Dorado and Roi Torrente in the Rally Sur do Condado. After a not too positive start to the rally, far from the leading times, the Galician duo managed to overcome the circumstances and gain positions in the general of the rally.

The hardness of the test was screening the participants, since the intense heat and the long itinerary of the race put both the vehicles and the athletes on the ropes. Thus, Dorado and Torrente managed to reach the final loop in the fight for the third final position.

A lower drawer of the podium that finally gave way in the night stages after a small setback. In general terms, the balance that the Lugo couple makes of the test is positive, thus improving the results achieved in the first two races contested, where fortune had been elusive.

Now, the team is working towards its next challenges at the controls of the VW Polo GTi R5 and the AR Vidal Racing structure. If all goes according to plan, the next appointment on the calendar will be in the province of Ourense, on the occasion of the Rallye do Lacón, a historic race that is returning to the regional scene. ”