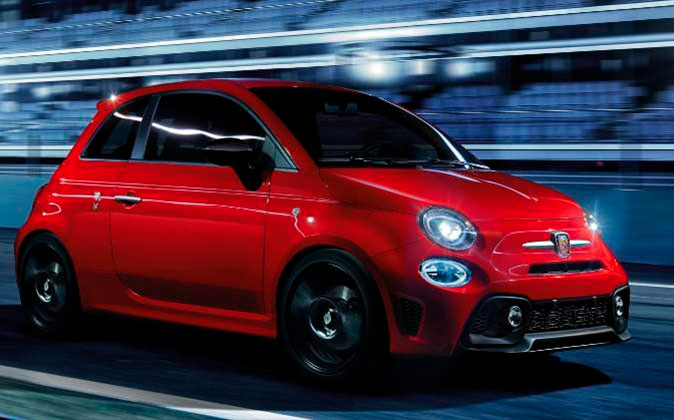 It is called Abarth 595 Track and it comes with a desire to play in the most iconic circuits.

The star model of the Abarth booth at the Geneva Motor Show is undoubtedly the 595 Pista, the ninth version of the small Italian sports car, which, in this case, comes with a name that makes its intentions clear. Located between the Abarth 595 and 595 Tourism, this new model is aimed at a young clientele who may not be willing to pay a very high amount, but nevertheless does ask for war and a complete endowment.

Precisely that is the strength of the Abarth 595 Track. For starters, its engine is the well-known 1.4 T-Jet, which in this case delivers 160 hp and 230 Nm of torque (at 3,000 rpm). By power is half way between the two versions we cited a few lines before, as in performance, as demonstrated by the 7.3 seconds you need to reach 100 km / h from standing or 230 km / h of top speed. By the way, this engine is associated with a five-speed manual transmission as standard, although anyone who wishes can opt for robotic change of equal number of optional ratios.

Available with closed body or Cabrio, this small racing pellet is offered with five exterior colors (Campovolo gray, Gara white, Abarth red, Record gray and Scorpione black) and has a very succulent series equipment, which includes elements such as:

Inside, the Abarth 595 Pista deploys its weapons of seduction with elements such as height-adjustable sports seats and leather or cloth available, instrumentation with 7-inch TFT display, dashboard with a matte gray stripe or steering wheel Sports court

And the word ‘Track’, where does it leave its imprint? Nothing less than in the telemetry system, which allows preloading some emblematic circuits such as Monza or Spa-Francorchamps, to later select them during the circuit sessions and thus receive instructions in time and real scenario with the aim of improving learning and times By turn.
Of the price and other marketing details little know for now. We assume they will be unveiled during the long set-up at the Geneva Motor Show throughout the week. In any case, bearing in mind that the 595 and 595 Turismo versions are situated in a fork of between 18,000 and 24,000 euros, it is normal to think that the Abarth 595 Pista is placed in the average term of these amounts.