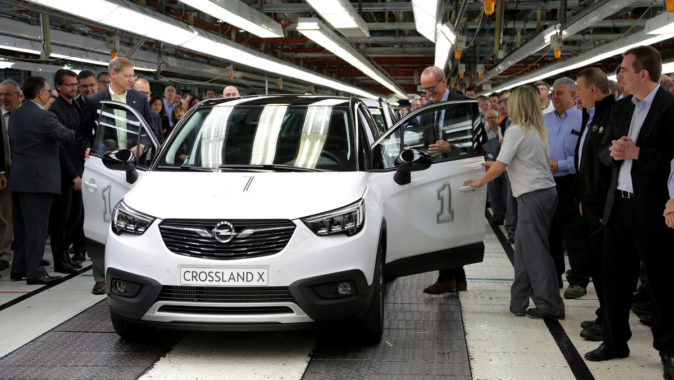 Opel has confirmed today that the new generation of the Opel Corsa that will arrive in 2019, will be manufactured exclusively in Figueruelas and with the platform of the Peugeot 208 and Citroën C3.

This was communicated by the CEO of the German company, Karl-Thomas Neumann, and the general director of Opel Spain, Antonio Cobo, to the workers of the plant in Figueruelas (Zaragoza). Newmann has visited the plant in Zaragoza to kick off the production of the Crosland X, substitute of the Opel Meriva and is the first vehicle in which technology is shared in the new era between Opel and PSA. This vehicle has meant an investment in the Zaragoza factory of more than 250 million euros.

This afternoon, the PSA Group’s CEO, Carlos Tavares, will visit the factory to personally supervise the project of the next vehicle, the result of the collaboration between the two car groups, which will be the Citroën C-Aircross, another substation that replaces the current one Citroën C3 Picasso.

Tavares tomorrow will be at the headquarters of Grupo PSA in Spain at the Villaverde plant. At the same time, it will take advantage of this “routine” visit made by the CEO of the company every year, to explain to the workers of the plant, the Temporary Employment Regulation (ERTE) that plans the company for the plant up to End of 2020, year in which would arrive the new generation of Citroën C4.

The engineers of the Zaragoza factory have been working together for weeks on the adaptation of the new generation of Corsa to the platform that will incorporate the small vehicles of the French group, whose maximum exponents are the Peugeot 208 and the Citroën C3. Thus the new Opel Corsa will be mounted on the French CMP modular platform.

These plans confirm those that last December communicated General Motors, still proprietor of Opel to have not ratified the purchase by Grupo PSA, in which it was said that the next generation of the Corsa would be made exclusively in Figueruelas, as the current Shares it with the German Eisenach plant. In exchange, the Zaragoza factory would lose the current Opel Mokka X that would go to Germany.

It remains to be seen whether Figueruelas would manufacture from the coming decade as foreseen General Motors, the next generation of the Opel Adam, a project that will have to redefine within the strategy of the new PSA-Opel Group.

It should be noted that the Corsa, which was produced in Zaragoza since its inauguration in 1982, is the engine of the Figueruelas plant: it was 62% of the 360,000 units it produced in 2016.