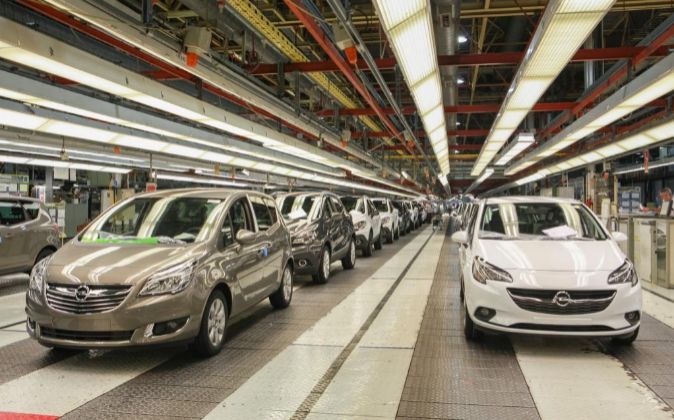 Opel freezes its plans for the Corsa at the Zaragoza plant

PSA wants to develop the models of the German group along with those of Citroën and Peugeot to reduce costs. Figueruelas was to be the only factory to assemble the utility since 2019.

As part of the plan to achieve a savings of 1.7 billion in 2026 with the purchase of Opel, PSA will thoroughly review its product strategy with the aim that the German, Peugeot, Citroën and DS brands jointly develop the next generation of their Models, as announced by the president of PSA, Carlos Tavares.

Under the purchase agreement, PSA is committed to respecting the model awards made by General Motors to its plants. This commitment expires at the time of the end of the current product cycle of Opel that has the intellectual property of GM.

Extinct commitment, PSA is free to implement synergies. Thus, the three small models of the new group – the Opel Corsa, and the successors of the Peugeot 208 and Citroën C3 – will share platform (vehicle structure). They are key cars for each brand as they are the best sellers in their range. And sharing its development is vital to reduce costs and make money, since they are models with very small margins.

This strategy leaves on the air the project announced by GM at the end of the year by which the plant Opel Figueruelas (Zaragoza) will exclusively produce for everyone the future generation of the Corsa in 2019. Now it shares the manufacture with the German factory Of Eisenach. That plan also includes that Zaragoza mount the Adam and yield the manufacture of the new generation of Mokka X, that produces at the moment. “This reorganization of the production of the models has fallen,” recognize the unions, although there is still an official decision by the company.

PSA produces the Citroën C3 and Peugeot 208 models at the French factory in Poissy, which is also installed in the Slovak factory of Trnava.

With Zaragoza, production combinations expand: the three models could be installed in two or three of the existing plants; One would not have enough capacity.

Something similar would happen with the Adam assigned for 2019, which would be in the range of the Peugeot 107 and Citroën C1, whose current generations are manufactured by sharing technology with the Toyota Aygo.

Despite not having tied the exclusivity of the future Corsa, the trade unions of Figueruelas are calm because of the high productivity of the center and because it is a plant well known by the directors of PSA. Thanks to the alliance reached in 2012 between the Gallus and GM consortium, next June Citroën C-Aircross will start production at the Zaragoza plant, a model that has been “jointly developed by PSA and GM alongside Crossland X “, Whose manufacture starts in the coming weeks in this center.

This alliance has also caused PSA Vigo to produce three sister vans, the Peugeot Partner, the Citroën Berlingo and the Opel Combo.