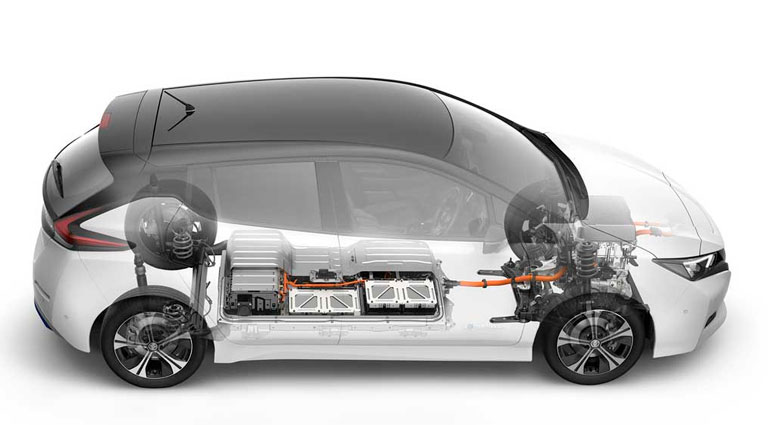 Nissan has introduced the second generation of the Leaf, the world’s best-selling electric model since its arrival in 2010 with more than 283,000 units marketed this morning in Las Vegas. The profound aesthetic change, its improvement of autonomy and the inclusion of ProPilot technology, are the main strengths of this model to continue gaining adepts in the mass market. It will be on sale in Europe in early 2018.

Starting with the increased range, the Nissan Leaf 2018 is equipped with a new lithium-ion battery of 40 kWh, which translates into the possibility of rolling 378 km on a single charge, a figure that places it above the Tesla Model 3 in its standard version (354 km) and erects in its great rival to beat once landing in the Old Continent. In addition, will arrive with a reduced price: 29,990 dollars (about 25,100 euros) for the 35,000 dollars (29,350 euros) of the Californian model.

Also, the Japanese brand has announced that a year later, in 2019, will land a high-performance version that will offer increased engine power and battery capacity.

According to the company, the battery can be recharged at 80% at a fast charging point in 40 minutes.

Regarding the external section, it is necessary to take into account that it is a model of 4,480 mm in length (35 mm longer than its predecessor), 1,790 mm in width and 1,545 mm in height. Its wheelbase has been slightly increased, up to 2,700 mm, which gives it greater breadth in the interior.

Aesthetically, it features the ‘V-Motion’ grille, boomerang shaped lamps, light blue surface grille and rear headlamps that evoke Micra’s. Its diffuser is designed with the mind put in an aerodynamic improvement that extends the durability of the battery charge, something that seems to have been successfully achieved thanks to its coefficient (Cx) of only 0.28.

In the cockpit, Nissan has included higher quality materials in order to make a quality jump that is perceived with the naked eye. The dashboard is dominated by a redesigned 7-inch TFT screen that monitors the power meter and audio and navigation system information. Apple CarPlay and Android Auto have also been added.

Where there has also been a qualitative leap is in the introduction of new technologies and assistance to driving. The new Nissan Leaf has ProPILOT Assist, with which the vehicle can drive independently on motorways and freeways at speeds between 30 km / h and 100 km / h. Thanks to this system, released by the Serena and included in the new Qashqai, allows the car to accelerate and brake only depending on driving conditions and take turns.

This includes millimeter-wave radar, laser scanners, cameras, high-speed computer chips and a specialized human-machine interface (IPM), among many other components.

On the other hand, the announced e-Pedal is added, with which you can accelerate, brake and stop with a single pedal, as well as the ProPILOT Park, thanks to which you can park completely autonomously.

Japan, the brand’s home country, will be the first place where the new Nissan Leaf will land on October 2. As for the US and Europe, we will have to wait in early 2018.