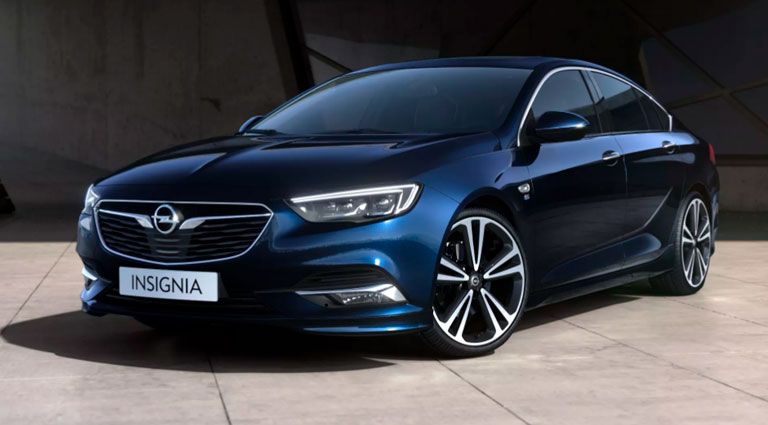 With 210 horses and 480Nm of torque, the new BiTurbo is placed at the top of the Insignia range

Shortly before the production of the familiar version of the Opel Insignia, the Country Tourer has just announced that it will arrive with a new 2.0 liter diesel engine BiTurbo associated with a new automatic transmission of 8 speeds and 4×4 .

The new 2-liter four-cylinder diesel generates 210 hp / 154 kW at 4,000 rpm and develops a torque of 480 Nm starting at just 1,500 rpm thanks to turbo sequential two stage compression, ie the use of two turbochargers which act in a sequential manner. With them, the Insignia BiTurbo accelerates from 0 to 100 km / h in just 7.9 seconds, and reaches a top speed of 233 km / h.

The BiTurbo engine meets the strict requirements of the Euro 6.2 emission standard (which will be enforced for all new registrations from the autumn of 2018). Moreover, in addition to legally required NEDC data, Opel also offers the values ​​under the new WLTP (Worldwide harmonized Light vehicles Test Procedures), which will be officially required from this autumn. The WLTP values ​​(Insignia Grand Sport 2.0 BiTurbo fuel consumption range WLTP 12.2-6.2 [1] l / 100 km, combined 8.0-7.5 l / 100 km, emissions 209-196 g / km CO2) are much more realistic than the officially applicable NEDC figures (official fuel consumption of the Insignia Grand Sport 2.0 BiTurbo according to NEDC: urban 8.7 l / 100 km, extra-urban 5.7 l / 100 km, combined 6.9 l / 100 km, combined CO2 emissions 183 g / km). The WLTP figures also take into consideration different driving styles, allowing users to better estimate their own fuel consumption [2]. An overview of the consumption figures according to the WLTP cycle can be found at opel.es.

Like the current 2.0-liter 170 hp / 125 kW engine with a single turbocharger, the new diesel engine also features a Selective Catalytic Reduction (SCR), highly effective after-treatment exhaust technology with AdBlue injection, which removes nitrogen oxide (NOx) from the engine exhaust. The aqueous urea solution containing ammonia (NH3) reacts with the nitrogen oxides in the SCR catalyst and generates harmless nitrogen and water vapor. The diesel particulate filter (DPF), which is now in the vicinity of the engine, is heated as quickly as possible after a cold start and remains hot enough to reliably filter the soot particles and regenerate even at low exhaust temperatures (circulating slowly).

Opel has put all the means to achieve the maximum efficiency in the consumption of fuel and the maximum fun in the driving. The new diesel engine has two turbochargers running sequentially. The intake air enters the first turbocharger where it is compressed and passes to the second turbo. This is driven by the exhaust gases that move the variable geometry turbine (VGT), which increases torque at low engine revolutions and increases power at high engine speed. The VGT then adjusts the blades in parallel with the gas flow, thereby reducing back pressure and decreasing fuel consumption. The now very compressed and very hot intake air passes through a radiator (intercooler) on its way to the combustion chambers. Diesel fuel is injected into up to ten cycle sequences through a common rail at a pressure of 2000 bar to the seven-hole injectors. The supercharging pressure is controlled, according to engine speed and load, by means of three bypass valves and the variable geometry of the electrically operated turbine.

Apart from greater efficiency and greater power and torque delivery, refinement and noise attenuation were priorities in the design of the new engine. Opel engineers therefore fitted a cast iron crankshaft, balance shafts, a stiffer flywheel and a two-piece oil sump to the engine in order to minimize the vibrations and acoustics typical of diesel. In order to further reduce fuel consumption, the electric water pump is only put into operation when the temperature requires it. Like the already known 2.0-liter diesel, the new BiTurbo manufactures at the Opel engine plant in Kaiserslaute