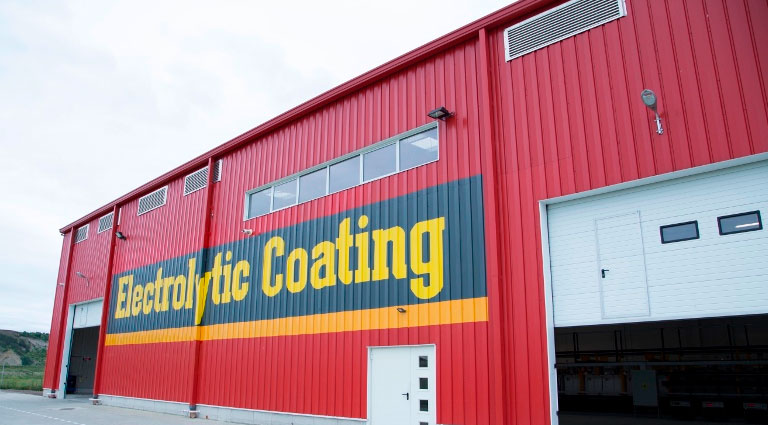 MMM expands its Romania plant and finishes in Mexico and China

The signature of tubes for cars doubles sales in two years and reaches 48.9 million
Modern Metal Manufacturing, MMM, manufacturer of metal tubes for the automotive industry, will invest 3.8 million euros to expand the production capacity of its plant in Romania, which opened in 2007 and which already concentrates the bulk of its production.

To make the investment in Romania, the company has received a loan of 3 million euros from its own resources, by Cofides, the private public company that supports investments by companies abroad.

This expansion is due to the strong growth of the company, which in two years has almost doubled its turnover: in 2014 the group invoiced 25 million euros. In 2015, they were 34.69 million, and in 2016, reached 48.95 million. At the rate that runs until June, it expects to close the year close to 60 million, says Jordi Priu, CEO of MMM.

The company, which has its headquarters and engineering center in Molins de Rei and a small operation in Russia, has a staff of more than seven hundred people, of which more than five hundred are in Romania. Its customers are Nissan, Toyota, Volkswagen, Renault, Peugeot Citroën,
And recently entered as a supplier of Suzuki and
Of Jaguar-Land Rover. The main destination countries for its products are Spain, France, Germany, England, Turkey, Romania and Mexico.

“Our challenge in recent years has been to position ourselves as a global supplier for car manufacturers,” Jordi Priu explained yesterday. To do this, the company has just created a subsidiary in Mexico and has negotiations to sign an alliance with a local partner in China, in both cases, to manufacture. “With these new implementations, we can maintain the current pace of growth,” says Priu.

MMM was founded in 1944 by the Priu family. In 2007 it reached sales of 29 million euros and opted for internationalization, but in 2008 it was affected by the suspension of payments, with debts of 12.5 million euros, affected by the sudden stoppage of orders for The automotive industry at the time of the outbreak of the global financial crisis. The company emerged in 2009 from the creditors’ competition with a firm commitment to engineering and commercial development. In an interview a couple of years ago, the CEO and third generation of the family owner, Jordi Priu, explained: “We were about to disappear. But with the contest, pre-retirements and an ERE, we managed to get ahead and started the process of regaining confidence and winning customers. ”

The company’s strategy then focused on engine tubes, which account for about 70% of sales. In addition, MMM manufactures brake, clutch and fuel pipes, and structural tubing. Among its current diversification projects are tubes for the adBlue catalyst system, developed by the German industry to reduce emissions of nitrogen oxides (NOx) in diesel engines, which is based on a urea solution and is specially applied In trucks and high-end cars.