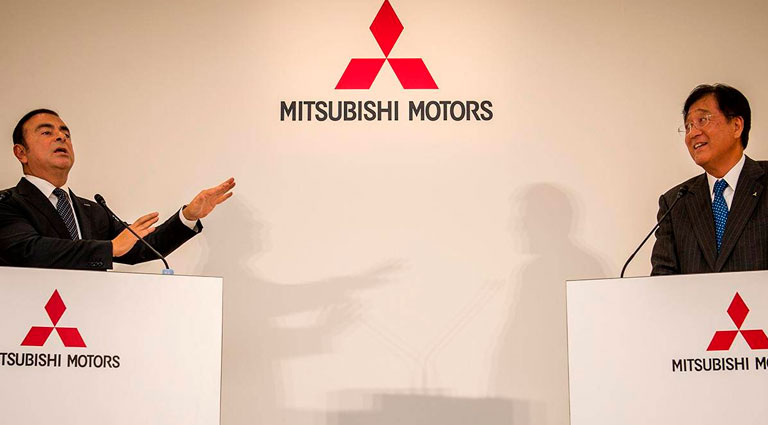 Mitsubishi returns to profit thanks to the Renault Nissan Alliance

The three brands of the group have a wide range of vehicles and have a clear command of electric car technology with Leaf, Zoe and i-Miev

The alliance Renault Nissan, which since the end of 2015 also includes the Japanese brand Mitsubishi, continues to improve its prospects and according to the data provided by the Japanese-French group could already position at the end of the first half as the world’s leading vehicle manufacturer outperforming Group Volkswagen.

One of the key points to achieve this first position, undoubtedly, is the strength of the Nissan brand internationally, with its wide range of todocamino models, the type of vehicle most demanded at the moment. In addition, it has the Leaf, the best selling electric car in the world, which represents a major technological advance against its most direct rivals.

The Renault brand also has a wide range of todocamino vehicles, with Captur, Kadjar and Koleos, in addition to the renovation of its most important models in the last year, the two variants of the Scenic MPV and His flagship, the Talisman. Also the Renault Zoe, a 100% electric vehicle for which it has been homologated a range of up to 400 kilometers. And all this completed by a complete offer of commercial vehicles

Although the key for the Renault Nissan Alliance to become the world’s leading automaker this year is the recent integration of the Mitsubishi brand into the consortium. That million additional units that has added to the sales of Renault and Nissan have allowed him to make the great leap. All this together with the good progression of the three brands of the group.

Mitsubishi has also been highly favored after its integration into the alliance. In fact, at the end of the first quarter of its fiscal year 2017 has achieved a net profit of 22,969 million yen, about 178 million euros. A figure that contrasts with the losses announced in the same period last year, which were 129,724 million yen (1,005 million euros), according to data provided by the company.

Mitsubishi has seen how its sales have grown in major international markets. They have also played in favor of its good results the application of the synergies of the Japanese frank group that have already begun to give their first fruits but that will grow with the arrival of new models, which will already use platforms and motorizations of the group.

As regards the situation of Mitsubishi in the Spanish market, the evolution of its sales is also very positive. Since the distribution of the Bergé Auto group, sales have increased threefold and ended in 2016 with 9,368 units, according to official data provided by ANFAC.