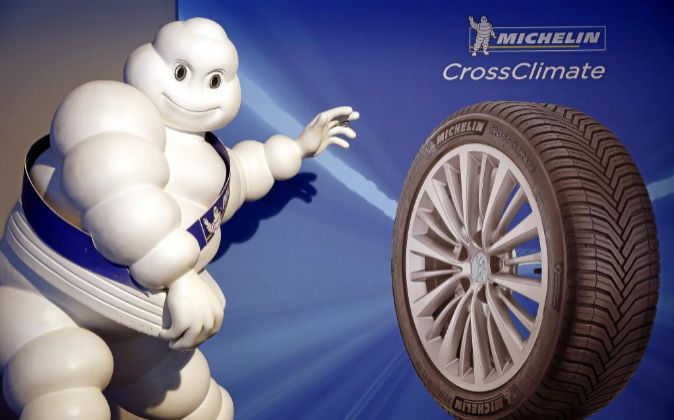 The company has ceded responsibility to the 600 workers at its factory in the Auvergne region and has demanded supervisors to adopt a less strict stance.

At the Michelin factory in Le Puy-en-Velay (France), the tire production workers offer mentoring to their team leaders.

Michelin, which for more than a century has been the mainstay of France’s industry, gives more responsibility to the 600 workers at its factory in the Auvergne region and demands supervisors to adopt a less strict stance.

Yann Gillier, supervisor at Le Puy, says that in the past “you could not be a good boss if you did not know firsthand all stages of tire production.”

In March, Jean-Dominique Senard, CEO of Michelin, decided to implement this strategy in factories in 17 countries (in which more than 105,000 employees work) to improve production and customer service.

To adapt to this change, both the Michelin board and the unions will have to make sacrifices to improve the capacity and self-esteem of their own workers. If this strategy were to succeed, it would put an end to the idea that French management is immovable, that it only relates to the elite and is governed by a strict hierarchy.

In 1880, brothers André and Édouard Michelin saved the company from bankruptcy. During the twentieth century, the tire brand was able to expand thanks to its rapid innovations, its clever marketing strategy and its paternalistic attitude towards the workers. Practically from the beginning, the company offers rewards to its best employees and listens to the ideas that the staff proposes.

Jean-Michel Guillon, the group’s current chief of staff, states that he decided to work for Michelin 35 years ago because of his reputation for creating new products and initiatives but also recognizes that innovation has sometimes led the company to ” On the edge of the precipice. ”

In the 1990s, Michelin adopted “flexible production,” which established Toyota, and created its own system, the Michelin Manufacturing Way.

According to Guillon, this system would make the organization more responsible and innovative, but supervisors did not assimilate improvements in productivity.

When the economic crisis hit reduced demand for tires between 2009 and 2010, Michelin realized that “the key to competitiveness is not simply productivity, it is mainly speed,” adds Guillon. As of January 2013, work teams are free to work independently.

How Michelin has changed

“My role and my way of making decisions have changed. I am not a boss, I am more of an advisor.”

Before, the workers had to follow the orders of the team leader and deal daily with the absences and changes. On the contrary, today, the team plans the week in advance and decides how it will organize to reach its objectives and fill the absences. As a result, staffing has reduced safety and cost issues.

However, the directors still feel disoriented. Laurent Carpentier acknowledges that he has not yet adapted.

Head of the maintenance team, he joined Michelin in 2011.

“We applied the rules before adopting the system, and now we have a lot of energy.”

It seems that the change has improved the results. Since 2013, production in Le Puy has been rising every year and, as the strategy has been established throughout the factory, the desire of the workers to assume more responsibilities has also increased.

The workers’ initiatives range from celebrating the 40th anniversary of the construction of the factory and organizing a guided tour in July for Volvo executives.

According to a member of the board of directors of Michelin, it has gone from questioning to any employee who took decisions outside his job to raise such radical initiatives.

“There’s a clear difference between my early days in the company and now. We did not have as many rights to express our opinion.”

Michelin does not intend to end its hierarchy. Freedom of workers has a limit. In fact, it still continues to be a company that is governed by the principles of the Catholic Church.

Senard believes that by giving workers more independence and responsibility, they will better understand what factories need to be more competitive.

Coordinator of the production flow, he joined Michelin in 1978.

“The team manager gives us all the data, such as the number of tires we have to carry out a week or absences, and we can do whatever we want, we have everything we need to prepare the production a week in advance. That we face these problems day by day. ”

Sometimes, these decisions can imply negative results. In 2015, after falling demand for truck tires, Michelin was forced to close the Ballymena factory in Northern Ireland until 2018, leaving 860 people unemployed.

“In my position, I must learn to work with the team. They have to present new challenges, not solutions.”

The personnel department, led by Guillon, was one of the biggest obstacles, since he always made decisions about salaries and promotions. In 2016, Michelin gave this responsibility to supervisors and workers.

Bertrand Ballarin, head of business relations at Michelin and who has collaborated on the project, believes that there are two types of skeptics: those who do not bet on this strategy and those who are not clear how it will work.

Team leader of the product range, started in 2011.

“It can be very difficult to work on this system because sometimes you have the feeling that you lack authority, but you have all the support of the team.”

One of the problems that Senard will have to solve is to distinguish between the roles of team leaders and supervisors.

The workers themselves refer to team leaders as “coaches” or “judges”, while supervisors are the ones who set the guidelines and give the orders.