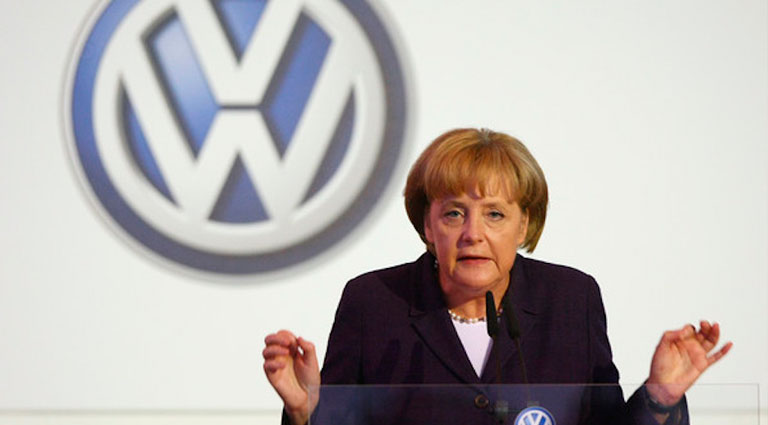 Nearly ninety German cities are studying the ban on driving in the center areas for diesel vehicles because of their high level of pollution. And they’re serious. Three judges in Stuttgart, Munich and Düsseldorf have already given the go-ahead to the measure, especially after Brussels has opened a procedure for its high pollution to 28 German cities, so that the German automotive sector sees a tsunami rise on their sales that could wipe it off the map. The trickster scandal has returned to public opinion against companies that have trampled all moral and legal standards and whose managers continue to receive substantial bonuses at the end of the year. Those same managers have come to the government of Berlin, remembering that they support 800,000 jobs vital to the German economy. And Chancellor Merkel, following the convening of two consecutive summits with the sector’s major and the regional presidents and mayors of more significant cities, has decided to raise up to 1,000 million euros the so-called Mobility Fund, created to combat pollution large German cities because of diesel cars. With this contribution to a fund managed by city councils, which is often used to renew clean bus fleets and promote less polluting energy, it compensates for emissions from diesel vehicles and avoids a traffic ban. A rescue to the sector to three weeks of the general elections.

Merkel personally announced the move, accompanied by Foreign Minister and Deputy Foreign Minister Sigmar Gabriel, to make it clear that the decision is taken jointly by the two major German political parties, still in the grand coalition government of Berlin, and together to several regional presidents, to denote that the Bundesländer will also be involved in the defense of the diesel. Rarely has a sector been given such political support, which is certainly justified, not only because of the future of this technology which, according to government sources, has been “overtaken”, but above all to prevent the approximately 15 million car owners diesel in Germany show their dissatisfaction with the ban on short-term driving in the center, specifically within three weeks.

The industry will not come out exactly free. Volkswagen, Daimler Benz and BMW have agreed to install new software on 5.3 million diesel vehicles to reduce pollutant emissions and to fund cash-in-hand purchases of clean vehicles. They have also agreed to participate in the Mobility Fund with 250 million euros. But it will be the 1 billion that the federal government will put in place that will lead to the consent of the mayors. Merkel is not satisfied with this balance and added that it will be necessary to continue talking with the sector to increase its contribution. He did not mention figures, but said he wanted to make a “substantial contribution”. Gabriel also commented that the industry “is able to contribute much more”, but that negotiation is for after the elections.

The will of the German government, however, is geared towards the transition to the electric vehicle, especially after France and the United Kingdom have drawn up plans to ban the sale of new gasoline and diesel cars from 2040. The 15 million vehicles diesel that run on German roads account for around 40% of nitrogen oxides (NOx) pollution in major cities, according to the German Environmental Aid (DUH). Its reports have led several courts to rule that driving restrictions are not legally disproportionate to reduce air pollution, with health protection over the right to property and freedom of car owners affected by the ban. These sentences, sooner or later, will become effective.

The rescue of a billion euros is therefore a short-term patch. His goal, Gabriel explained, is to “specify what must happen in the coming years so that a veto for diesel engines can not be enacted” in Germany. Conservatives and Social Democrats are not in favor of the bans as of today, but they do not rule them out in the future, in order to comply with the emission reductions to which Berlin has committed itself.

Merkel also announced that a new meeting will take place in late October or early November in this format, which will be developed in parallel with the meetings the Government maintains with the automotive industry. And she repeated her criticism of the “fraud” of diesel engines and damaged the “confidence” in them, to make it clear that any public aid is undeserved, but Merkel also recalls that “the automotive industry is a pillar of our economy “and that we can not” drop “the 800,000 employees in the sector.