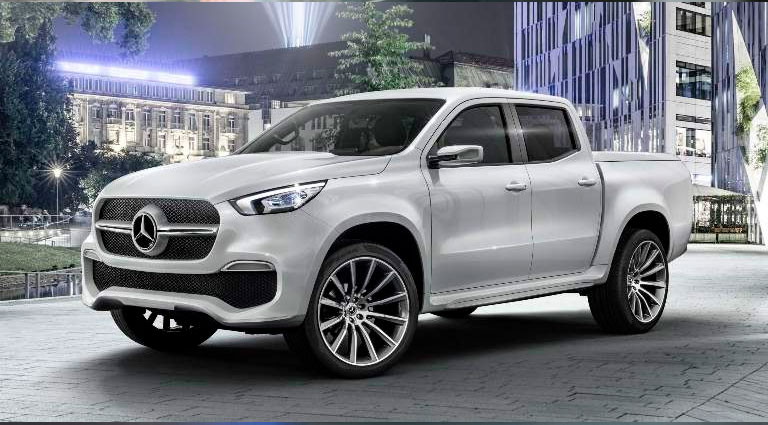 Mercedes shows the first images of Class X, its debut in the segment ‘pickup’

Mercedes-Benz has published a teaser in which it shows the first images of Class X, the model with which the signature of the star will debut in the segment pickup. It will be announced officially on July 18 and will reach the markets by the end of the year.

In the video, which has been published by the brand in its Twitter account, can hardly be seen differences from the prototype that was unveiled in October last year, the Mercedes X-Class Concept. These are reduced to slight adjustments in the grid, now with double horizontal bar, optical groups – LED – and has been more stylized its design with smoother lines.

The Mercedes-Benz X-Class will be manufactured at the Nissan Barcelona plant simultaneously with the Nissan Navara and Renault Alaskan, with whom it will share platform and elements.

With 5.3 meters long and a height of 1.9 meters will have capacity to carry a payload of 1.1 tons. Regarding its mechanics, it is expected to mount a diesel V6 engine in combination with 4MATIC permanent all-wheel drive and automatic transmission, in line with what the entity announced in the presentation of its prototype.

It is worth remembering that from this Friday, July 7, new concessions for this type of vehicles enter into force and thus disappear the prohibition that limited the maximum speed of the pickups to 90 km / h.