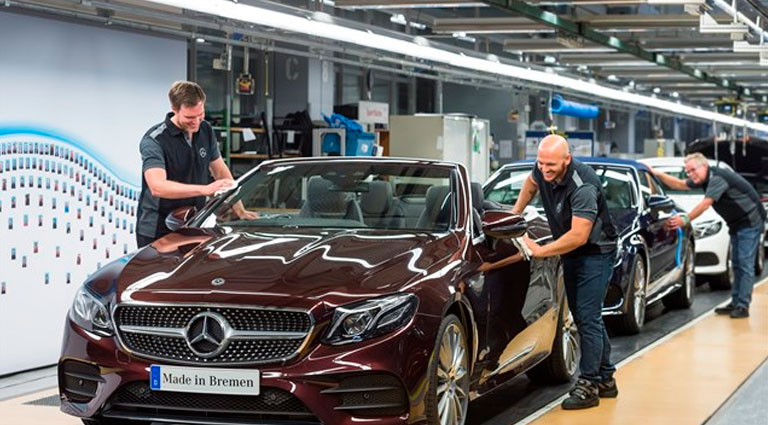 German automaker Mercedes-Benz Cars, owned by the Daimler Group, has begun mass production of the convertible version of its Class E model at its plant in Bremen, the company said in a statement.

The corporation explained that this car incorporates a soft top and has room for four people, while it has the latest technology oriented to the integration of smartphone, connectivity and improved safety.

Mercedes-Benz Cars Production and Supply Chain Manager Markus Schäfer said that the new E-Class Cabriolet, with its wide range of equipment, is an example of the high level of variation that the company implements in its factories.

“Maximum flexibility is a key success factor in the production strategy of Mercedes-Benz Cars,” Schäfer said, adding that the Bremen factory sets quality standards in the company’s global manufacturing network.

The company of the star company in Bremen has a staff of about 12,500 people and currently manufactures ten different models. Thus, of its lines, the Class C, in its versions saloon, family, coupé and decapotable, as well as the Class E coupé and convertible, GLC, GLC Coupé, SLC and SL.