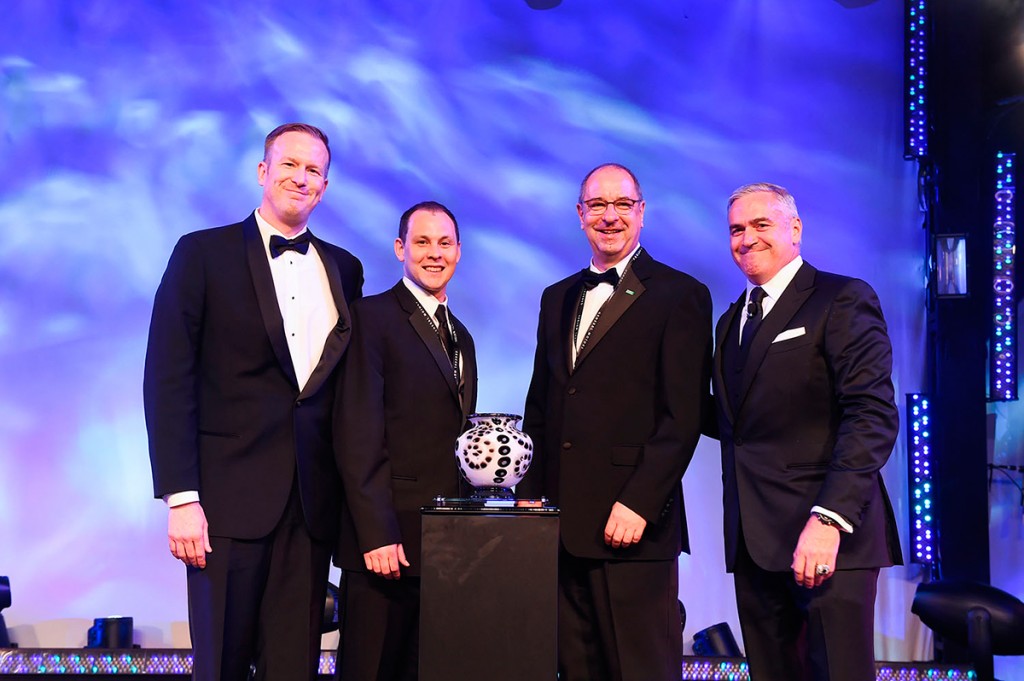 MANN + HUMMEL Named Provider of the Year by General Motors

MANN + HUMMEL Leading Filtering Group has been named Provider of the Year by General Motors during the 25th annual “Supplier of the Year 2016” awards ceremony held on March 30th in Orlando, Florida.

This award specifically recognizes the air induction systems of MANN + HUMMEL and is the twenty-second time the company receives it. For this special achievement MANN + HUMMEL has been recognized with the “Silver Anniversary” award.

Kai Knickmann, President and CEO of Industrial Filtration and Automotive OEM at MANN + HUMMEL, picked up the award along with Bill Peers, Senior Key Account Manager for GM. “During our decades of partnership with GM we have never failed to impress with our innovative technology and the constant premium quality of our products,” says Knickmann. “Our teams are incredibly proud of it and see it as validating the way we work.”

GM recognized at its annual awards ceremony for 118 of its top suppliers from 15 different countries, which have consistently exceeded GM’s expectations, created exceptional value or brought new innovations to the company.