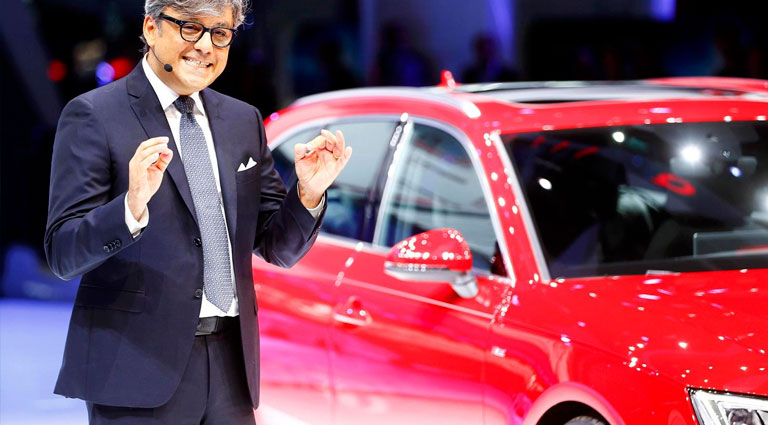 Seat president sees it “vital” to remain Europe’s second largest automotive producer
There is no reverse in the implementation of the electric car. The automobile industry is clear and this Wednesday the president of Seat, Luca de Meo, has insisted on it in a conference in Esade in Barcelona. So much so that De Meo has stated that “it is vital to have a factory of electric cars in Spain before 2025”.

In this sense, the president of the Spanish automobile has recalled that the forecasts for the year 2050 indicate that between 40 and 50% of the cars in the world park will be electric, so if Spain wants to remain the second largest producer of Cars of the European continent must bet as soon as possible by manufacturing in its territory.

How to implement the production of an electric car?

“If we can not locate the production of an electric car here, we risk being left behind in the past,” De Meo warned, while pointing out that it is important to accompany this industry with the necessary loading infrastructure and to locate factories Of batteries.

The president of Seat has also considered that companies, unions and public administrations will have to work hand in hand to facilitate the conditions that will increase the demand for electric cars. Thus, it has set the example of Norway – the country with the most electric cars in the world, with 50% of the total of its registrations, where there are discounts in taxes, driving privileges, special parking and aid to the purchase.

However, Luca de Meo has observed that the weight of electric cars is still residual: in 2016, 477,000 electric vehicles were sold worldwide, barely 0.6% of the total. A percentage that is even lower in Spain, with 2,100 electric cars sold (0.2%). Even so, the president of Seat is optimistic: “The brands have put the batteries.”

The future of driving

In his speech, the president of the car company headquartered in Martorell has also referred to the autonomous car, which has estimated to start trading between 2019 and 2020. “With the car autonomous, the driver will be able to optimize his time while driving And makes it possible to drive people who could not do it, such as disabled people or elderly people, among others, “said De Meo, while pointing out that the main challenges of this type of car are” price and safety. ”

Finally, Luca de Meo has also mentioned the new mobility modalities to which car manufacturers must adapt, among which he has emphasized car sharing, since he has noticed that more and more users choose not to have a car. Car in property, but to be able to enjoy it when they need it. “The challenge is to produce fewer cars and look for business in other areas,” said De Meo, who has stated that car brands must become providers of mobility services.