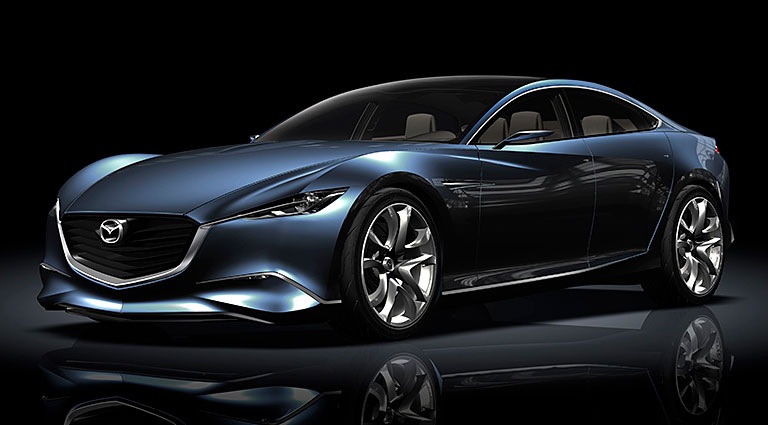 KODO, the Japanese design that has given a twist to the automotive industry

When buying a new car, many aspects are analyzed: price, safety, consumption or technology. But design is what finally convinces us.

When buying a new car, many aspects are taken into account: price, safety, consumption or technology. However, according to most surveys, the motive that finally makes us choose one model or another is design.

For this reason, manufacturers have created different design trends depending on the regions of the world in which they have sought to sell cars. From the trend in Italy that basically looks for a more striking style but not notable for its functionality of use, to the most pragmatic and more functional design in which some US brands have fallen.

In the center of Europe, on the other hand, it seeks to offer maximum functionality in the vehicle, good interior living, but without giving up a style and a personality of its own. They are cars in general very similar to each other, which also maintain above all a line of continuity with their models over the years.

In the case of Japan there are two very distinct trends in car design. On the one hand there is a very striking style, modern (maybe even futuristic), which somehow offers a great parallelism with the world of Manga. On the other hand we find the KODO design of Mazda -Alma of the movement- with an elegant style, strong lines, combined with the best usability by the users and characterized by a good habitability thanks to its large wheelbase And short overhangs.

A new concept that stands out from the traditional

The company of Hiroshima has bet in this way for a different style that was first introduced in the Mazda CX-5 of the year 2012 and that since then has marked the design of all the new models of the mark with a great success. Without going any further, Mazda has just won its sixth Red Dot: Best of the Best Best Design Award for its Mazda MX-5 RF.

Since ancient times, Japanese handicrafts have sought the purity of simple forms. The KODO design looks for pure, imposing and refined shapes, stripping away all non-essential elements. It is the contained tension of nature, of vitality, of predators before pouncing on their prey. That is why Mazda is one of the few brands that continue to use clay modeling from the early stages. Handcrafted modelers use their whole body to find the shape and the essential lines on which the rest of the design will later develop. Only in this way does the soul breathe in the design, a conception of the car as art.

In Japan simplicity is sophistication, and so simplicity lies in the DNA of everything Mazda and its new models do. This design philosophy focuses on the concept of moving soul. The best way to define KODO.

Also in the interior of the vehicle the philosophy is the same: to use some very simple controls, little overloaded in their aesthetic aspect but above all easy to use and to interpret. Such an intuitive character is the ultimate responsible for providing a premium experience in the interior to all its occupants. Because the car should not only be something of the driver, but everyone should be treated with the most exquisite care.

The characteristics of the KODO design

The KODO philosophy goes even further: Mazda vehicles are more than just moving from one place to another. What is wanted is to establish a relationship between the car and the driver that allows this and its occupants to fully trust the vehicle and inspire you in their attitude.

The best thing about KODO is that despite being always the same philosophy, the result that is achieved with each vehicle shows a very different character. And this design concept has some guidelines that characterize all new generation Mazda models. Basically your cabin is shifted towards the rear, the angle of the windshield, its low roof line, as well as short overhangs and prominent wheel arches. A set of features that provide great visual dynamism as a basis for all new models of the company.

This concept is applied from the smallest model in the range, the Mazda 2 which is an urban vehicle but with a great dynamism, to the largest todocamino for sale in the Spanish market, the CX-5. And also the Mazda 3, Mazda 6 or the sub-compact todocamino, the CX-3 that is robust as a good SUV, but at the same time with great sportsmanship.