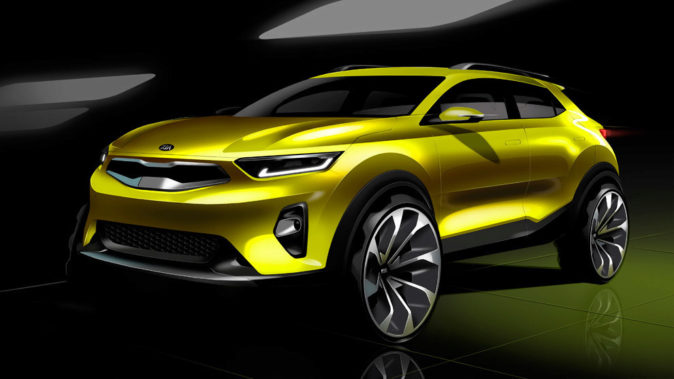 Kia Stonic, first images of the next urban streetcar of the Korean brand

Based on the Kona, it belongs to segment B, and will arrive in Europe this year. It emphasizes the floating central screen, a new resource in the mark.

Kia finishes the launch of its next crossover, a todocamino of segment B that will be denominated Stonic, a term that combines the concepts Speedy and Tonic (the first and the last musical note), that will arrive at the European dealers in the second Half of this year.

Kia Stonic, Hyundai Kona’s first cousin, has been conceived and designed in Europe, hence its more passionate and sporty design, something that is seen in features like the fall of the roof, very close to the style of a coupé, powerful front , Very marked shoulders at the rear and double exhaust outlet at the center of the rear.

For the interior of the Stonic, Kia bets to follow the design line of some areas of the body, where straight lines and clean geometry predominate. Hence the horizontal construction of the dashboard in which the central floating screen stands out, a resource that we had not seen before in the Korean brand. Of course, mobile connectivity will be a priority of the entertainment system.

In addition, the Kia Stonic will emphasize the customization as no model of the Korean brand has done before, with possibilities to build it ‘tailor’ both inside and outside. Something that can be seen even in the initial sketches with the orange moldings that frame the gear shift or the main screen.

We will see it in the next Frankfurt Motor Show next September and will be one more in the tough fight of the urban B-segment urban cars, which in the coming months will add such important models as the Seat Arona, Hyundai Kona (Model on which the Stonic is based) or the Opel Crossland X.