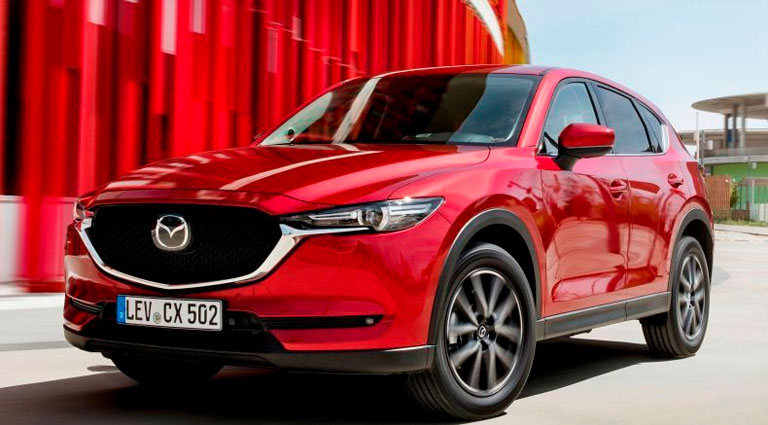 Jinba Ittai: the connection between car and driver above everything

Mazda applies the Jinba Ittai philosophy to the new CX-5

In Japan, the term Jinba Ittai describes the intimate relationship between a rider and his horse. A tuning that manages to turn the mount into an extension not only of your body, but of your mind: go exactly where you think and do it in the most precise, comfortable and safe way.

Inspired by this philosophy, Mazda has designed and produced every element related to the driving of the new CX-5. Although the concept is extended to all its range, the Japanese brand has made special efforts to develop it in this model, through the triangle steering-pedal-seat, the orientation of the dashboard, the steering response or the same height of the knob Of the gear lever.

A horse easily triples the scale of a human; A car, multiplies it even more. And yet a good rider moves with a horse with ease, as if it were an extension of his limbs. That is what the Jinba Ittai concept pursues in terms of the connection between the car and the driver: to dominate it naturally, without the need to strain any muscle or demand full concentration. In the new generation of Mazda CX-5, the shifter has been raised 40 millimeters so that the hand falls more naturally on the knob.

The steering wheel is less bulky and its connection with the wheels more direct. All controls are oriented towards the driver and both their position and touch is determined by that original concept. Moreover, for the first time in Mazda, the information is projected directly onto the windshield, so you do not have to take your eyes off the plane of the road. And since the aerodynamic work of sealing the gaps under the body panels and channeling the vibrations inward has been much taken into consideration, the CX-5 clothes its occupants with a warm feeling of silence and comfort.

The Mazda CX-5 feels smaller and less bulky than what could be natural in a vehicle with silhouette all the way. Its length of 4.55 meters places it in traffic as a slightly larger compact or a trimmed saloon. Its range relatives, Mazda 3 and Mazda 6, are 4.47 meters and 4.87 meters, respectively. And the implementation of solutions studied and simple in the suspension, as well as a reduction of the weight through the use of steels of high and ultra high resistance contribute to a greater lightness of the whole, increasing the levels of safety.

In operation, a technology that is not very widespread is important: torque control based on the inertia of the car. Called G-Vectoring Control, the GVC analyzes the position of the steering wheel and throttle when approaching a curve, and momentarily reduces the amount of torque applied so that an extra weight on the front wheels increases grip. A moment later, the torque contribution is increased by transmitting mass to the rear wheels, achieving a clean and safe output without intervention by the driver. Jinba Ittai in the strict sense of the concept, achieved through technical performance.

Mazda once again demonstrates that interior, body, engine-transmission assembly and sophisticated electronic systems can and should be aligned with a common objective to the whole range of models: an out of the ordinary driving.