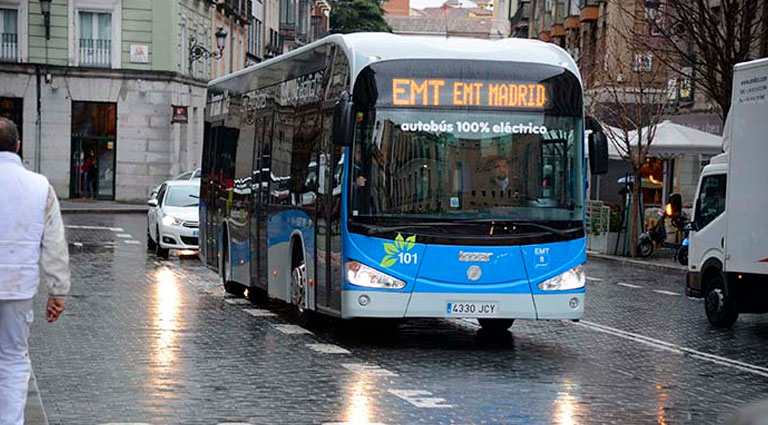 San Sebastián, July 27 (EFE) .- The Guipuzcoan company Irizar has been awarded the first fifteen 100% electric buses that will run through Madrid, as well as four other units for Barcelona, ​​all made entirely by the firm in its new Aduna plant Gipuzkoa), which already has 100 employees.

The company has reported in a statement that the Madrid Municipal Transport Company (EMT) has acquired fifteen Irizar electric buses, the first “zero emissions” that it incorporates into its fleet.

These are buses model ie bus of 12 meters in length and in addition the firm from Guipuzcoa will supply fifteen chargers for the night load in garages.

The energy on the buses is 376 kilowatt hours and the power of the station will be 100 kilowatts.

The delivery of these units to Madrid is scheduled for December this year, after which the fifteen coaches will offer their services in different lines of the Spanish capital.

These units will be the first articulated and 100% electrical of Irizar that circulate in Spain and it is anticipated that its commissioning will take place in June 2018.

The four new Irizar buses will be added to the two 12-meter buses that run through Barcelona from August 18, 2014 and are part of the ZeEus European project.

In addition to these two awards in Madrid and Barcelona, ​​Irizar has sold an electric coach to Valencia and two more units to Bilbao, all with a deadline before the end of this year.

Irizar and Donostibus will test for six months an electric articulated bus for line 28 of San Sebastián, which connects the center of the city with the area of ​​hospitals, and will install an opportunity charging station that will allow the coach to load along the day.

All these buses are manufactured in the new plant that Irizar has built in Aduna, entirely dedicated to electromobility and in which it hopes to create between 300 and 500 jobs in five years.