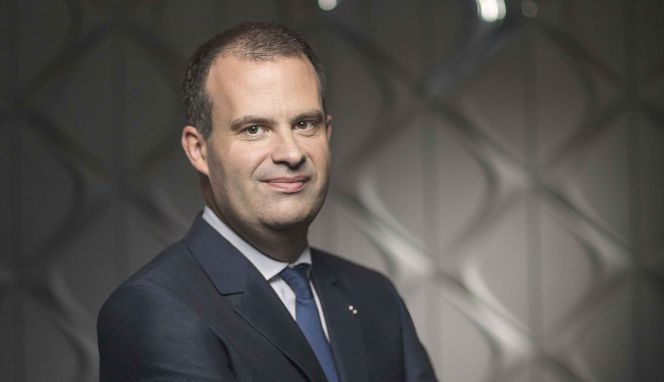 Interview: Yves Bonnefont: DS will be 10% of PSA sales in the medium term “

The executive says the high-end division will strengthen its exclusive sales network, even with the integration of Opel, which will give them “new opportunities”.

Yves Bonnefont, general manager of DS, the premium brand of the PSA group, started the public presentations of his new DS7 Crossback vehicle at the Geneva International Motor Show on March 7, “the first of the next generation of the Brand “, a medium-sized todocamino. He showed the media on March 1 in Paris as the first model of a banner that is now completely independent. For the first time, the car has been designed entirely for DS, it is not a retrofitting of a Citroën model. “It’s proof of how far we want to go with the brand. It includes technology that does not even have any small part of its segment because it is either new or belongs to higher-end cars, “he explains.

Question. Its PSA group was announcing the purchase of Opel, the European motto of General Motors. Do you think integration will be easy? How will DS benefit this acquisition?

answer. With the independence of Citroën DS, the group already had to learn to have more than two brands under its umbrella. Now we have added Free2Move, the mobility subsidiary and we go beyond mere manufacture of cars. I am sure that the integration of Opel will be natural within the group.

DS is an opportunity to build an even larger than planned dealer network, to take advantage of Opel’s outlets where DS has no presence to strengthen the brand and install our DS Stores.

Q. One of the issues that is valued in terms of integration is the technology for electric vehicles that Opel will bring to the group. What is your strategy in this regard?

R. These technologies are very relevant to us. We have entered Formula E and am a strong supporter of alternative propulsion technologies, not only for small cars but also for those with higher performance.

We want to always be at the top of the range. We have started with this DS Crossback. From now on, all models that we take out will have an electric and / or hybrid version plugged in systematically.

Q. They have announced that the range will have six more vehicles by 2021. What do you expect from these launches?

R. This model reinforces our independence, our brand image and our own sales network. It will be a radical change because it will only be sold in DS Stores and DS Salon, not in Peugeot or Citroën dealerships. It is very important because of the relevance it gives us as it teaches and for our customers who get the full experience of the brand.

We will launch one model a year, of which three will be todocaminos and three saloons, also of small size. We have realized that the customer also wants the benefits of high-end refinement and technology in small cars.

Q. Where do you want to be in economic terms in four years?

R. The high-end segment represents approximately 10% of the total market in the world. A very suitable target for our brand would be to represent 10% of PSA sales in the medium term.

Q. How will you develop your network of outlets?

R. Right now, we have about 23
Dealerships DS Stores and 80 DS Saloon, which are exclusive DS outlets within Citroën dealerships. We want to reach the 500 establishments in Europe before the end of the year.

Q. How many new stores will be in Spain?

R. The forecast is that 10% of the total sales outlets are in Spain, that is, about 50. Now we have only one in Madrid but during this year we will open between 25 and 30 new points. The next one is planned in Barcelona and we will open in Spanish cities where premium vehicles have market share.

A list of 200 megacities to grow
The company is working on the internationalization of the brand as a growth strategy. “Last year, we grew 8% in sales in Argentina, 13% in Japan and we introduced the brand in Iran, very well received,” explains Bonnefont.

In this sense, “the growth strategy is not based on searching directly for interesting countries but on identifying markets from what we call megacities. We have a list of 200 cities that interest us for its market development and for its share of high-end cars. Those are our goal to grow, “he explains.

How would you define that perfect megacity for DS? The director points out the trend of “the global population, which is moving to cities, which play a very important role.” “We analyze the cities based on their average wealth, which have a sufficient standard of living to consider buying a high-end car. In addition, they must have some dynamism to continue growing “, he explains.

In analyzing the environment of these megacities, “we have detected at least 40 countries interesting for our growth, which will account for about 85% of our business.” “Of course, there are European countries on this list, such as Spain, Italy, France or the United Kingdom, but there is also Argentina, Brazil, Turkey, Japan, China or Russia,” Bonnefont said.