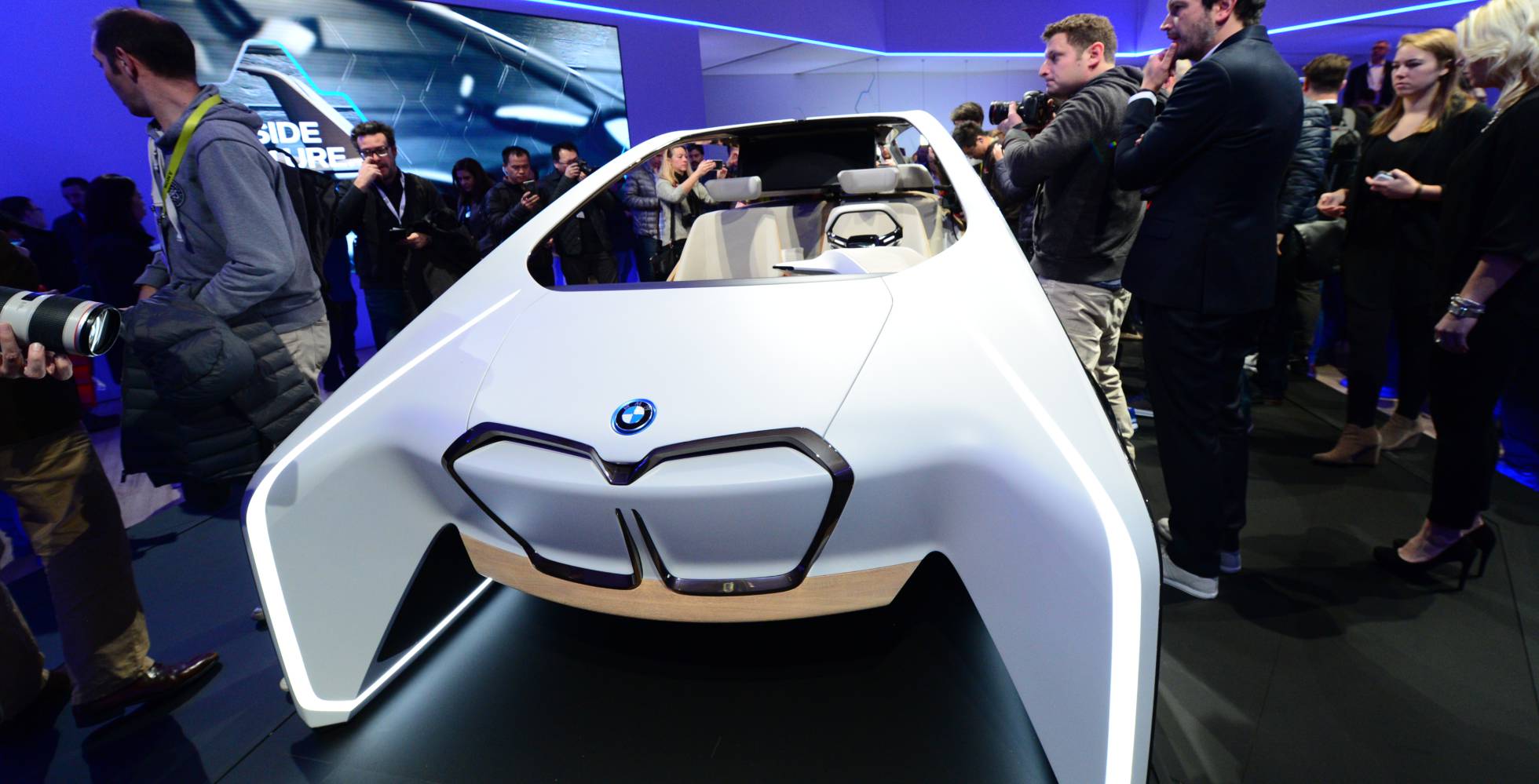 Intel wants to be the ‘brain’ of the autonomous car

It has bought Artificial Vision technology Mobileye for 13.8 billion

In the second semester, start your tests on the road with BMW

The autonomous vehicle is not the future. Before the end of the decade, several models of different brands will circulate on the roads of the world in autopilotado mode. It will still not be possible for the driver to sleep from Madrid to Paris but if he can release his hands from the steering wheel and let himself be carried away, especially on motorways and highways.

But do you know who that is going to drive for you? Who will make the decisions to stop before a traffic jam, to accelerate or change lanes, to brake abruptly in the presence of a pedestrian?

The Intel technology works in positioning itself inside the guts of autonomous vehicles. He wants to become the creator of that decision-making brain, collect the data that captures the dozens of sensors that will load the vehicles and analyze them in a useful and understandable way, in order to draw conclusions that improve driving and the user experience.

According to data provided by the company, the services market for systems, data analysis and technology for autonomous vehicles will amount to 70,000 million dollars (65,800 million euros) by 2030.

Grow with shopping to be a leader

To position itself in a leadership position in this market, Intel closed in July of last year a collaboration agreement with BMW that, in a first step, will introduce informationtainment systems (infotainment, as the concept in the sector is known) in Their upcoming launch vehicles. Thus, the company has already closed 49 agreements with motor companies. It already has 30 vehicles on the road equipped with its systems and, thanks to the agreement with BMW, by the end of this year will be 40 cars.

In addition, it has acquired the company Mobileye, a leading company in “artificial vision, machine learning, data analysis and map generation for automated driving systems” for about 14.7 billion dollars (13.8 billion euros) according to its book value . It is not the only one. Before this, he bought Nervana, Arynga, Vogitech, Altera, Movidius or Itseez. A push through checkbook to place at the head of autonomous driving technologies.

The next step, perhaps the most relevant, is to design what will become the brain of autonomous vehicles. In this sense, the technology works with BMW “in the standardization”, as Simon Viñals, chief technology officer of Intel Iberia. “The objective is to enable an ecosystem that is nourished by technological standards, that is scalable and that serves both to comply with legislation and for companies to collaborate with each other,” he says.

The manager puts as an example “the standard wifi or USB”, which, thanks to its unification for all brands of computers, mobile or tablets, its use has become more widespread. Intel has created a division within the company that will articulate these developments, although the data of what investment will be dedicated to this innovation and how much it will contribute to the total business in the medium term have not been made public.

“We encourage other companies, whether manufacturers, suppliers of automotive or technology companies, to participate and contribute to our platform of autonomous driving. This year, our fleet of vehicles will begin to test these joint technologies in real traffic situations. This represents an important step forward towards the launch of BMW iNEXT in 2021, “Klaus Fröhlich, a member of BMW’s board responsible for R & D, said earlier this year.

“From the perspective of the computer industry, pooling resources to develop a completely autonomous driving platform reduces costs and speeds up processes,” said Brian Krzanich, CEO of Intel.

The first step is through the Intel Go platform, a scalable technology that allows collecting data generated by autonomous car sensors (from environmental factors, environment, road type, state or urban circumstance) and send them to the cloud , To a data center that will analyze all this information. “By 2020, each autonomous vehicle will be generating and sending a volume of 4,000 gigabytes (GB) of data, necessary to navigate and react quickly to the changes,” says Viñals.

“We must emphasize the importance of 5G technology for the future of autonomous driving for the transmission at the highest possible speed of this huge amount of data,” said the manager, another technology for which the Intel Go platform is being designed. The next step, which must be given at the same time, is to ensure the security of the systems, essential for the new autonomy.