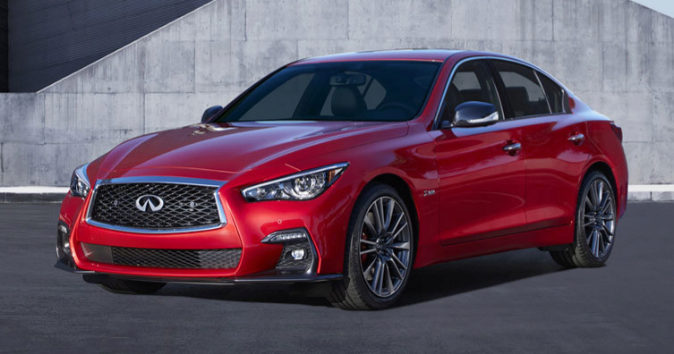 The company’s best-selling vehicle is renewed to integrate more innovative technologies such as InTouch or ProPilot Assist.

Infiniti is reaffirmed with improvements in the Q50 during the Geneva Motor Show. The premium sports sedan of the company presents a new design and state-of-the-art technologies.

The saloon retains its proportions and athletic appearance, but adds to the excitement by adding the 3.0-liter, 405-horsepower V6 twin-turbo gasoline engine from the VR family.

In the interior of the vehicle does not notice many aesthetic changes, but if it incorporates improvements in the infotainment system. The Infiniti InTouch anticipates the company’s closest future in terms of connectivity. It also includes the ProPilot Assist (the first vehicle of Infiniti) that groups all the systems of assistance to the driving.

As a matter of fact, the Infiniti Q50 is the company’s best selling model worldwide, accounting for one-third of the brand’s total sales. Since its launch in 2013, about 210,000 units of the saloon have been delivered, although in the latter 2016 will increase sales by 7%.