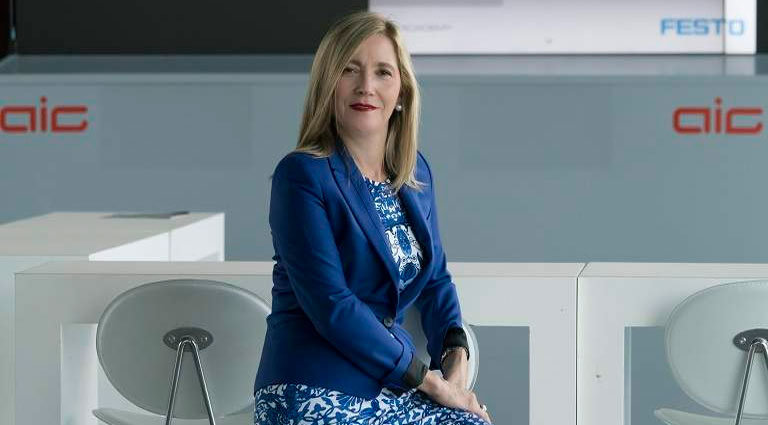 Inés Anitua (Acicae): ‘We are an employer sector and we need to bring in trained people’

The Basque automotive sector, mainly focused on components, is one of the most dynamic in the Basque economy, both in terms of turnover growth, profitability and job creation, which all point to 2017 once again exceeding the record levels it has been using In recent years.

In 2016, by virtue of data handled by the Automotive Cluster of Euskadi (Acicae), its turnover grew almost ten percent to stand at 16,454 million and with a global workforce of almost 80,000 people, half of which is in The foreigner, having created net employment also in Euskadi. See Digital Magazine País Vasco.

In view is that it is a very global sector, in which Basque companies have been able to internationalize, because they already have 270 factories abroad which, in addition to a great asset to serve their customers, also implies a great challenge of business management. The new challenge for the sector in Euskadi lies in the need to recruit new staff trained and prepared for the new demands of advanced manufacturing.

Question: We are mid-year and all macroeconomic forecasts are being exceeded How is this sector going? What is the forecast for the year?

Answer: We are very happy because the trend is growing, the forecasts are being fulfilled and we even believe that we are surpassing. In March we said that we were going to grow above the economy, so we are talking about a rate of 3.4 percent? We believe that we will overcome it, but I can not give data, since until October we will not have the results of the survey among our partners.

It seems that you have been the sector that has least suffered the economic crisis, they do not stop growing. How was this?

The crisis also hit us hard. It seems that it is not remembered, but we came from times of record productions and in 2008 our market stopped. There was a lot of stock and the market fell more than 25 percent. But we must recognize that the recovery was rapid, it can be said that in 2010 the sector at the global level overcame the bump. In this period the Basque industry was able to adapt and be more competitive. Not only have we strengthened and grown with productive implementations in low-cost countries, but we have also entered Europe strongly, acquiring companies in England, France, Germany or the United States. It is a great pleasure to see that we were able to integrate plants from developed countries too. In any case, I would like to repeat that Automoción is a growing sector, which now produces around 90 million vehicles a year and forecasts for the year 2020 indicate that the 100 million barrier will be overcome. It is also a very technological sector, with very tight margins, which is why it is the sector that invests more in R + D + i in Europe, between 15 and 25 percent of turnover, above even the pharmaceutical sector. I think this can also be a great attraction for young people, because we need professionals capable of moving in technological, multicultural and international environments.

In this growing market Do you see that you can make new productive investments here?

In Europe vehicles will continue to be produced, so we will continue to manufacture here. We have never been able to bear talking to you about relocation. Nothing is further from reality. On the contrary, thanks to our multilocation we have been able to consolidate ourselves here. Having productive plants abroad has allowed us to consolidate the business we have here. We are in a global sector, our customers ask us to follow them and we will supply all their plants wherever they are. There is a clear trend, the big manufacturers have reduced their number of suppliers and those that have remained have consolidated like strategic suppliers of the group and that implies that they serve pieces worldwide

In this context of external implementations, where are the Basque companies looking now?

At present we have 270 plants outside, it has been a spectacular process, since in the nineties of last century practically we only exported, we did not produce outside. As you remember the first implantations began in Central and Eastern Europe. Then there was the leap to Latin America, especially to Mexico and Brazil. From there we go to Asia, China and India, then the United States and now the trend is towards Japan, Thailand, Indonesia ?. In the end we will grow where vehicles are made. All this has been a great effort for our companies, not only financially, for the investments made, but also a great effort of management, having to manage a multilocalized business, integrating many cultures