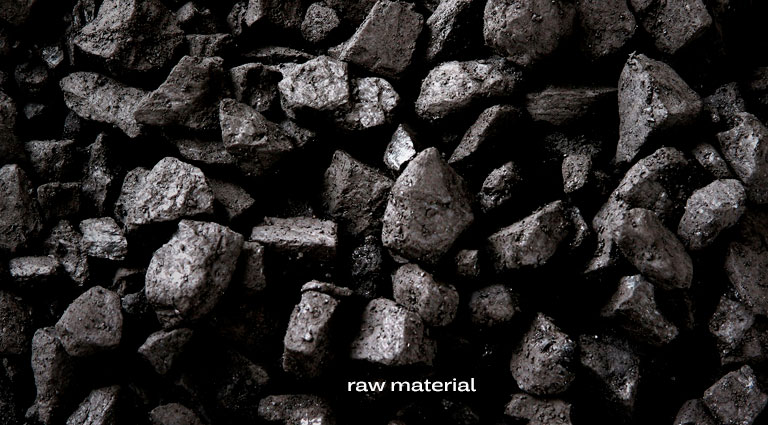 Copper, aluminum, lead, zinc and steel cost the same as in 2014
The commodities market has been marked for the last three years by the fall – and later recovery, although not total – that suffered the oil, which began in summer of 2014. The energy resource was not the only asset that suffered since then : industrial metals did not escape the falls, nor did the agricultural resources. In the first case, metals such as copper, aluminum, iron, nickel and lead fell sharply: the Bloomberg Base Metals Index, which weighs these and some other similar basic resources, lost 37.8% in August 2014 and January 2016, when their prices hit the ground.

From that level they have been recovering ground, and in 19 months the selective has returned to the prices that were lost three years ago, rising more than 56% in this period. Crude, however, despite having recovered more than 94% in the same period and has already returned to May highs above $ 54, is still trading at half of what it cost then.

The rise in metals has not been as steep as crude, but they have returned to levels three years ago before the energy resource, as their declines were not so dramatic then: copper yielded 39.6% since June from 2014 to January 2016, and has since risen by 59.71%. Aluminum and lead fell almost 32 percent and have added about 50% … And even others, such as steel, are already above summer levels three years ago: the latter metal rises 168 , 61% from the lows and earlier this year has recovered everything lost since the beginning of oil falls. Others, such as iron ore or nickel, have not been able to return to 2014 levels, but have also bounced strongly from the lows – more than 30% in both cases. 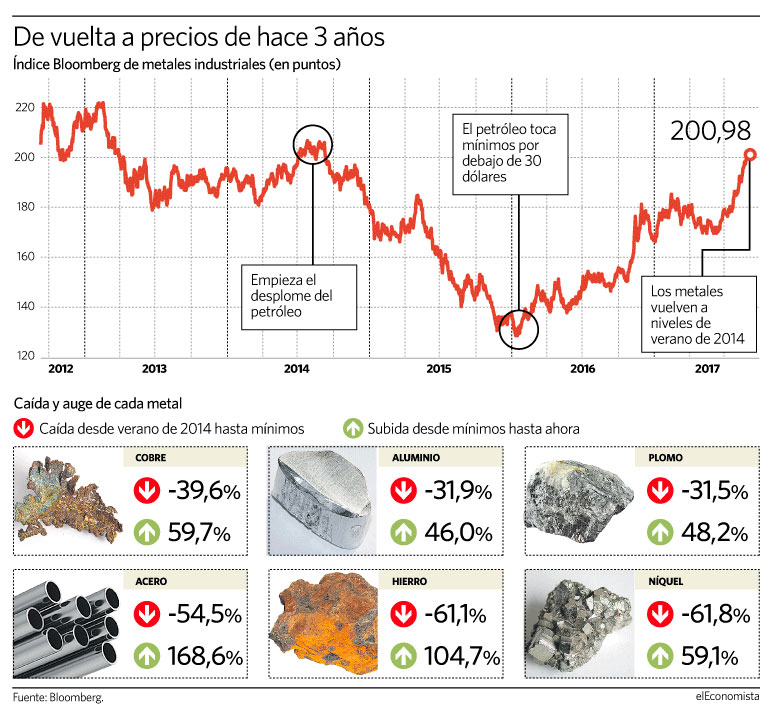 The collapse of oil seemed to infect other basic resources, taking into account that the declines came at once. According to Tomás García-Purriños, manager of Morabanc, the demand from China is one of the main reasons: “Both industrial metals and crude oil can be understood as very closely linked to the economic cycle. the Asian giant accounts for about half of the world’s demand for steel, aluminum, copper or nickel.There is a 70% correlation between mid-2013 and mid-2015 of the Bloomberg industrial metals index and China’s manufacturing PMI, and China accounts for almost 15% of global crude oil demand, “he said.

In this way, China plays a fundamental role in the price of these basic resources, both downward and upward. García-Purriños justifies the latest rise in “different catalysts: weakness of the dollar, improvement of the macroeconomic aspect at the global level, recovery of the Chinese PMI, etc., all this, in a context of supply adjustment.”

ETF Securities also highlights how “these metals need a lot of energy to be extracted and processed, so they have a correlation with oil.” In addition, the firm is trying to explain why there has been a recent rise and highlights how “an increase in supply destruction is being seen. Mining companies have cut their investment by 52% over the last four years and this is impacting production capacity, which has generated a production shortfall this year for the first time in the last 11 years. ”

IEC professor Javier Santacruz also gives his opinion on the rebound and explains that “China’s demand forecasts are better than estimated, and if you add that the companies that produce are now more healthy, they are more solvents and have diversified, that translates to a positive effect on the price of metals. ”

The impact of the climb

Regarding the footprint that this increase can have in the economy and in the markets, in addition to the benefits that logically obtain the companies that sell these basic resources, Santacruz highlights how “the correlations between the market of commodities and macroeconomics.It is good that there is a demand stronger than expected, but by itself does not make us expect more growth. ”

The sector benefits from the recovery

The increase in prices and the improvement of the conditions in which the metals producers are located has also been noted in the companies’ prices: the Stoxx 600 Basic Resources index, which includes companies such as Rio Tinto, Randgold, Antogafasta , BHP Billiton or Spain’s ArcelorMittal, which has advanced almost 270% in the last year and a half, has risen 126% since the beginning of 2016 and has now returned to levels not seen since summer 2014. In the United States the bullish reaction has also been important: the S & P 500 Materials Index is now more than 6% above levels three years ago. He surpassed them by the end of 2016.