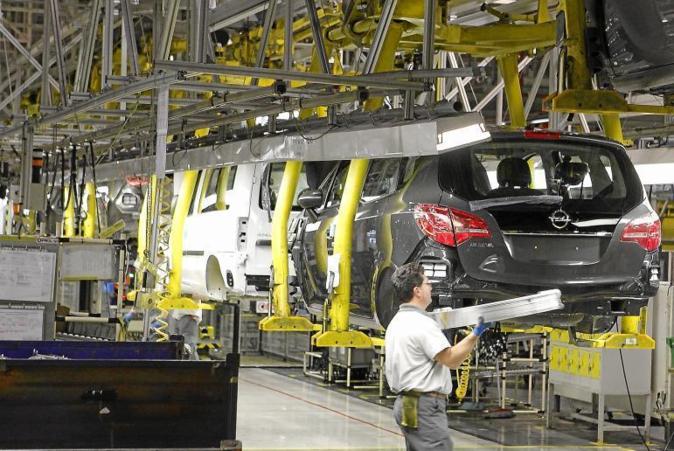 In Spain, this temporary suspension of projects affects the next generation of Opel Corsa.

In Spain, this temporary suspension of projects affects the next generation of Opel Corsa.

New pattern, new rules. The French automotive multinational Group PSA has put “in review” all future launches of the German brand Opel, waiting to study each case and to take advantage of the new modular platforms of the French consortium.

In Spain, this temporary suspension of projects affects the next generation Opel Corsa – as the newspaper of the Iberian Press group ‘FARO DE VIGO’ advanced on Wednesday -, awarded to the Figueruelas factory, which will take advantage of the CMP platform of PSA, which will be installed in the center of Balaídos in 2019. Industry sources assume that Tavares will further encourage competition between the PSA and Opel plants, which opens the door to new models to those more competitive factories.

History repeats itself with Opel. When Carlos Tavares arrived at PSA in early 2014 he applied the same recipe: all the assigned launches were suspended and the plants of the French group returned to compete with each other. It was suffered by the Balaídos center with the K9 project (the next generation of light commercial vehicles from Peugeot, Citroën and Opel), which started a race against the clock to gain competitiveness and overcome the Slovak factory of Trnava. And now the Opel factories will suffer.

This rethinking of launches and investments will affect in Spain the Figueruelas plant, which would have pre-assigned project 9B-XX, industrial code with which the next generation of the Opel Corsa is known and a new small crossover model that will relieve To the Opel Adam. This launch was scheduled for 2019 and has now been delayed for at least a year and there is no guarantee that the factory will manufacture 100% of the Corsa, which ensured its saturation (currently the Corsa already represents 60% of its Total production).

PSA wants to build on the same platform the most compact models of the four brands it will control (Peugeot, Citroën, DS and Opel). In this way, silhouettes such as the Corsa, C3, 208 or 2008 will probably use the new CMP (Common Modular Platform) platform of the group, which will also be installed in Balaídos for the launch of the V20 todocamino.

The review in the case of the Corsa will be exhaustive, since being a best-selling model but with little margin, Tavares will demand the maximum profitability to the center that is going to assemble it, as it happened with the K9. The PSA patron visited the Opel-Vauxhall factories in the UK, Luton and Ellesmere Port this week, which will be strategic for the group after the “Brexit”.