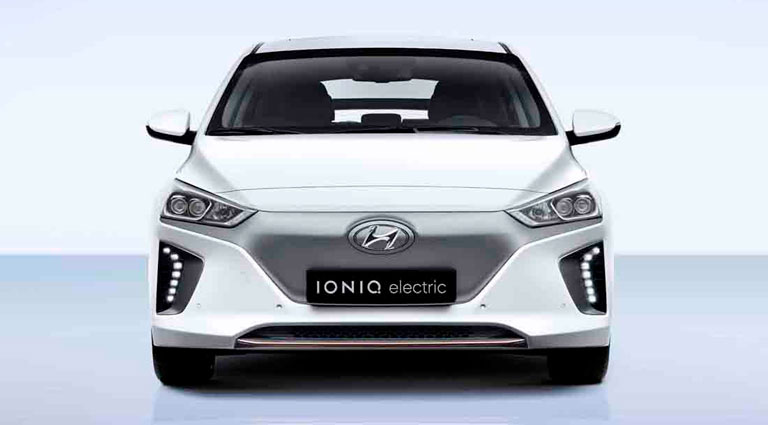 It shatters in electric autonomy (up to 63 kilometers) to the pure hybrid, and does not have the limitations of 100% electric when also having a propellant of gasoline. Among its advances, a mode of predictive driving.

Hyundai already has complete the offer of its ecological car par excellence. First was the hybrid, then the 100% electric version and now it’s the turn of the Ioniq plug-in or “plug-in”, as you prefer to call it. It is the last to arrive, but because of its versatility and performance, we think it is the best of the list.

Differentiating it fast is not easy because only the 16-inch specific rims, the anagrams or the battery recharge mouth in front of the left A pillar, distinguish its body of 4.47 meters in length, different from the rest of cars that Populate the road, although not extreme in that sense.

According to Hyundai, solutions such as active grilles and curtains that improve aerodynamics have been added to the basic design, leaving the Cx coefficient at 0.24. And you know, in a car that claims to be efficient, breaking the wind with minimal effort is very necessary. Especially if, like this model, the weight for the two packs of batteries, rises to almost 1,500 kilos (125 more than the hybrid). At least, making their own steel through the company, allows to use those (in addition to aluminum) to help lower the figure on the scale.

Doors inside, the changes are also in detail. It is a well-conceived cabin, where technology wants to be very present, but without overloading the view. The instrument cluster is digital and changes its presentation as you go in Normal or Sport mode. On the right, the eight-inch multifunction display allows you to control everything you want (audio, phone, navigation, etc.). The novelty is all the data and parameters related to the propulsion system.

It is made up of a 1.6-liter 105-horsepower petrol engine and an Atkinson cycle with an energy efficiency of 40% at the level of a diesel. In addition, it carries a electric motor of 44’5 kw (about 61 horses). For the different cycles of each engine, the maximum power of the set is 141 horses, the same as the pure hybrid. As in this, the gearshift is a double clutch box, automated and with six ratios. It is a transmission much more pleasant and effective to use that the continuous variator that some of its competitors carry, and takes cams in the steering wheel that, unlike the electric Ioniq, are to change gears, not to act on the system of recovery of Energy.

The pure benefits are not, logically, the arguments of this model. The top speed is 178 km / h (less than the hybrid for 125 kilos of extra weight) and accelerates from 0 to 100 km / h in 10.6 seconds. The substance is in the performance provided by the electrical part. With a battery of 8.9 kwh of capacity (for 1.56 the non-plug-in model), a maximum autonomy of 63 kilometers is achieved only with electricity (think about 50 reais). If that result were achieved, the first 100 kilometers would involve a consumption of only 1.1 liters, with 26 grams of CO2 emissions.

That of course implies always starting from an optimum level of the battery, formed by two packages that are placed under the back seat and occupying part of the trunk, which loses a little more than 100 liters and stays in 341 liters (or more than 1,400 knocking The backrests). To charge it with the plug, the minimum period is 2.5 hours if we have a walbox, and about four hours with a standard socket.

The driver can force the 100% electric mode at the push of a button, but as long as the battery has a third of the load, the SPORT mode (more dynamic than ECO) has not been activated and the accelerator pressure does not require the Start-up of the combustion engine, something that happens smoothly. And when it’s low, the car happens to work as the hybrid that is not plug-in.

Since it does not have different recharging intensities, recovering energy on the fly is more complicated, since it requires many intense braking (in deceleration does not generate much). This is why the Eco-DAS system is very interesting. It is an efficient driving assistant who, whenever we have programmed a route in the navigator, advises us, for example, when to let the car go by because we approach a roundabout. Or he decides to spend the whole battery on the next climb, because he knows that in the later descent we can fill it up a good part.

This element is part of the standard equipment of all Ioniq plug-in, since the browser is standard from the first of the two finishes available. This is the so-called Tecno, which also includes a seven-inch multifunction central touch screen, wireless charger for mobile phones, bluetooth connectivity, Android Auto and Apple Car Play, full led lights, automatic climate control, 16-inch wheels, multi-adjustable front seats , Rear parking sensors and smart key with push-button in the comfort section.

As for safety, it has intelligent cruise control, active system of involuntary change of lane, aid to the start in slope, camera of reversing, sensor of lights, autonomous emergency braking with frontal warning of collision, traction controls, stability and Tire pressure, plus seven airbags.

The official fare price of the Ioniq “plug-in”, with a five year warranty (and eight or 200,000 kilometers) on the battery is 35,000 euros for the first version and 38,000 euros for the second. However, in addition to the promotion campaign (1,800 euros), the buyer can benefit from others for financing the car with the brand, for loyalty, to deliver another vehicle to flatten and complete this with the aid of the Movea Plan, which in This car is 2,600 euros. This would leave the final tariffs at a minimum of 27,450 euros for the Tecno finish.

However, this does not prevent, with all possible savings, being placed as the most expensive vehicle in the Ioniq range, since the pure hybrid is cheaper and the 100% electric has much more help from the Movea Plan. On the other hand, it has the same benefits as this for the circulation (parking, restricted access, high occupancy lanes).