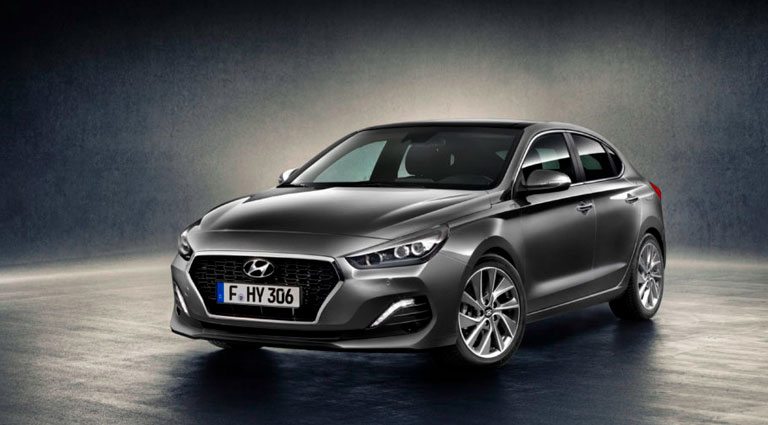 It will be available in two versions of 250 and 275 horses, both with manual transmission and front-wheel drive. The i30 Fastback arrives in January, in principle with two petrol engines of 120 and 140 horses.

In times of ultra-efficient engines and ‘electrification’, which obviously also cultivates, Hyundai does not forget about passionate drivers and launches a new family of high performance vehicles that has christened ‘N’, by the shape of the chicanes that adorn Every racecourse that cares.

The Hyundai i30, the first model of the Korean brand to wear this badge, will arrive in the Spanish market in November with a powerful engine 2.0 direct injection of gasoline and turbo that delivers 250 horses in its standard version and 275 in a super-powered variant Which will be called the Sport Pack, both associated with a six-speed manual transmission and front-wheel drive.

The sporting ornaments that will distinguish the i30 N are specific design bumpers with large air intakes and a red line that runs, the rear spoiler with triangular brake light, the exhaust with double silencer, tires between 17 and 19 inches , Sport seats and an exclusive blue color that draws on Hyundai’s racing experience.

The model was born in Namyang, reference center of R & D of the brand in Korea, and has been ‘raised’ in the mythical Nürburgring circuit. During his development he has traveled across the five continents, from the arid plains of Death Valley to the icy lakes of Scandinavia, where the pilot Thierry Neuville set him up.

Among what can not be seen at a glance, the electronic limited-slip differential, electronically controlled suspension, speed control system, Launch Control for quick exits, high-performance tires and turn timer In circuit, among other elements.

The Sport Pack version will add an electronic self-locking disc, larger brake discs, specific red tweezers and variable exhaust valve system. The tires in this case will be a specifically developed Pirelli PZero, mounted on 19-inch wheels and will be marked ‘HN’ on the flank, while the 250-horsepower model will mount Michelin Sport tires.

In the car we find five driving programs that cover the main scenarios in which the user moves, from everyday use, with Normal and Eco modes, a more sporty (with the so-called Sport) and, finally, the performance More radical that the N and N Custom programs provide and whose habitat is the circuit.

But the new model Hyundai not only runs, and much, but it does so accompanied by a roar that will delight the type of buyer to which a vehicle of these characteristics. The manufacturer has worked with special interest in this chapter, resorting to an electronic sound generator and to a resonator that, from the base of the windshield, amplifies the noise from the engine and the exhaust.

Inside the main elements include sports design watches, with 0 speedometer and rev counter at 6 o’clock position, and a five-inch optional or optional eight-touch screen, this with a navigator, power information, Torque and turbo action, as well as lap timing and acceleration.

Coinciding with the presentation of its i30 ‘GTI’, Hyundai has announced in Düsseldorf a third body of its compact model, a variant on horseback between a sedan and a coupé (a two and a half volumes) and which, under the name Fastback , Will be available in Spain early next year.

It combines the elegant and sporty lines of a coupé with the functional character that make possible its five doors and a trunk of remarkable capacity that is accessed through the classic gate. Its length exceeds in 11.5 centimeters that of the conventional five-door model, while the width is inferior in three centimeters.

At the time of its launch, the Fastback will be offered with two petrol engines: a three-cylinder 1.0 with 120-horsepower turbo and a four-cylinder turbo 1.4 of 140, the first six-speed manual and the second, either manual or automatic Double clutch and seven speeds.

A new 1.6-liter turbodiesel will come in two power levels, 110 and 136 hp, which can also be combined with both transmission types. In addition, in the future there will be a Fastback N, company sources have confirmed.