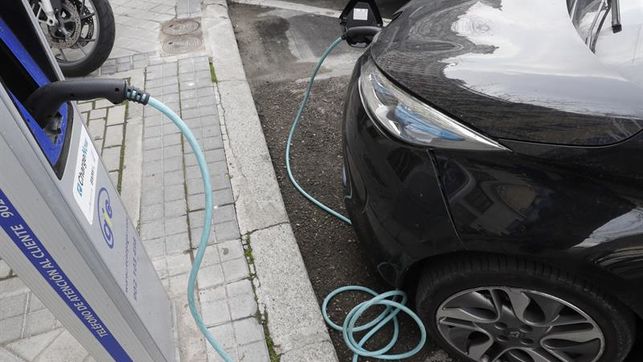 The percentage they represent on the total market is only 3.8% of sales

Hybrid vehicle registrations grew in Spain by 96.8% compared to the same month of 2016 (up to 5,328 units) and those of electric vehicles by 20.17% (up to 572 units), according to data provided by the manufacturers’ employers Anfac.

If you add up the sales of both, in May have registered 5,900 units, 85.4% more compared to the same month a year ago. In the first five months, registrations of electric and hybrid cars (passenger cars, quadricycles, commercial and industrial vehicles and buses) have increased 81.5% over the same period of last year, to 23,952 units. This figure represents a share of 3.8% of the total market. Anfac acknowledges that although the growth rate of hybrid and electric registrations is “increasing, the percentage they represent over the total market and also the rolling stock is still very low.”

In the period from January to May, hybrid vehicles recorded a volume of registrations of 21,759 units, an increase of 94.5% compared to the same period of the previous year. Meanwhile, electric vehicles have added 2.193 units, up 9.1%.

According to Anfac, initiatives that stimulate alternative technologies and support the development of appropriate recharging infrastructures “will increase the market share of these types of vehicles and, therefore, the efficiency of the park as a whole.”

BY BRANDS AND CARS

For best-selling hybrid and electric brands and passenger cars, the BMW i3 (56 units) and the Volkswagen eGolf (same number) have tied the top spot in the ranking of best-selling pure electric vehicles (BEVs) in the fifth month of the year .

These two models are followed by the Nissan Leaf, with 48 units registered, and the Mitsubishi Outlander, with 45.

From January to May, the best-selling model was the Renault Zoe, with 271 units, followed by the Nissan Leaf, with 210.

The third podium is occupied by the Mitsubishi Outlander, with 187 units sold; The fourth the BMW i3, with 184; And the fifth, the BMW 225e, with 98 cars registered in the first five months of the year.