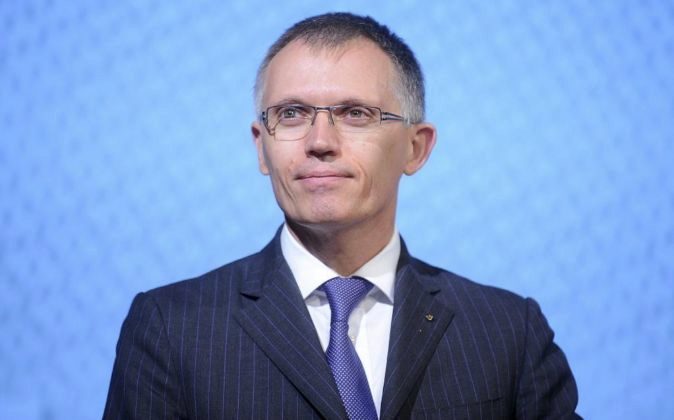 “Opel needs help and PSA wants to give it,” said Carlos Tavares, CEO of Grupo PSA.

“Opel needs help and PSA wants to give it,” said Carlos Tavares, CEO of Grupo PSA, during the presentation of results for the 2016 financial year in Paris this morning. Results in which the Gallic group improved their profit by 79% to 2,150 million euros.

“Since I came to my current position I have always said that the first thing was to make PSA healthy, then we would analyze business opportunities,” Tavares explained. It should be remembered that when Tavares arrived at PSA in April 2014, the group had just submitted the results of 2013 with losses of 5,000 million euros.

Now with solid black numbers, PSA faces the purchase of Opel / Vauxhall from General Motors. “I think the value of the purchase comes from the fact that Opel is a German company, with German engineering and whose portfolio of models is very close to ours, so synergies can be generated,” he added.

In addition, for Tavares, Opel has lost many years and PSA can help reverse this situation by applying “PSA cost efficiency policy.” “A company (Opel) that loses 1 billion of liquidity every year in the last ten years is a big problem.” That is why both France, Germany and Britain agree that a solution must be found for Opel, according to Tavares. “The deal would be a good solution,” he said.

In addition, he insisted that the intention is “to create a champion car group in Europe” because “customers will have more options because they can choose between French and German brands.” Tavares explained that the purchase makes perfect sense for the complementarity of Peugeot, Citroën, DS and Opel, adding an iconic brand in Britain (Vauxhall, Opel’s sister), in a clear nod to the British unions with which Could meet in the coming days. “If there was a prior agreement, we will respect those agreements.”

Even Tavares explained why Opel could not expand outside Europe if it were bought by PSA, provided it was profitable.

The operating margin of the automotive division was 6% on turnover. With this data, the French group plans to give dividends to its shareholders this year, something that has not happened since 2011. Among the top shareholders are the French state with a share of almost 14%, Chinese multinational Dongfeng with another 14% And the Peugeot family with equal percentage.

Important for the group was to improve the net cash flow by 2,698 million to a total of 6,813 million euros. PSA improves its cash position, which allows it to face the possible purchase of Opel, which is negotiating with General Motors, and whose valuation according to the sector would be around 2,000 million euros and 2,600 million euros. Estimated costs of consultancy McKinsey.

In addition, Carlos Tavares, the CEO of the French group, recalled that PSA has managed to reduce operating costs by 1.2 billion euros in the period 2014-2016, 700 million of them last year.