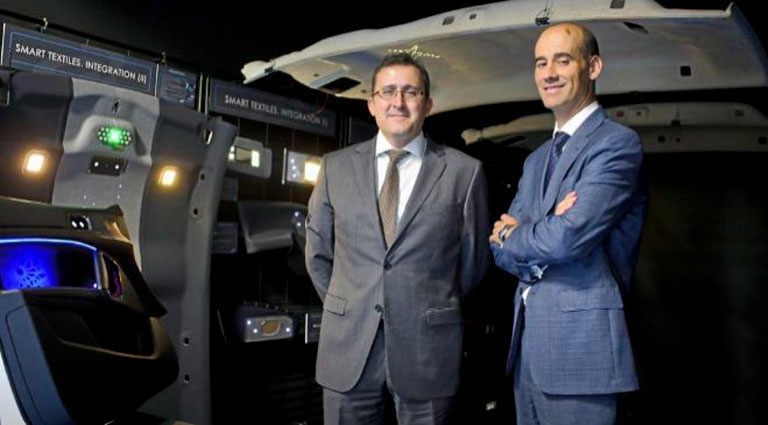 Cross-cutting innovation is key to gaining production efficiency when margins are minimal.

The component and capital goods sector for the automotive sector has more than 1,000 companies, invoiced 34,000 million euros in 2016. It accounts for 10% of GDP. The component sector exports 57% of its turnover, 19,510 million euros; Its business network directly employs some 212,000 people with 85% of indefinite contracts.

Spain is a leading country in the sector and one of its multinationals is Antolin Group, the world’s leading manufacturer of roof coatings. One of every four cars in the world has a roof made by Antolin, whose headquarters are in Burgos, and which invoiced 5,247 million euros in 2016, 49% more than in 2015. It is present in 26 countries and has a staff of 26,194 people, 3,500 of them in Spain.

Antolin Group makes 23.8 million ceilings per year. One of its star plants is that of the Castilian capital. 6,000 roofs a day and in the same line can be made ceilings for a Renault Megane, for a Volkswagen Polo or for a Nissan Pulsar. Two are the keys: standardization and flexibility. And of course, they must deliver such roofs just in time in each of the factories, hence even being present within the production chain of automobile manufacturers. For example in Renault Valladolid.

“For us the innovation is transversal and we focus on improving the efficiency of our processes”, explains Javier Villacampa, Director of Innovation of Grupo Antolin. “It’s about knowing your home first to achieve a standardization that allows us to produce quality and efficient,” explains Juan Carlos González, Industrial Corporate Director Antolin Group.

A simple roof of a car is made in just a couple of minutes with the necessary tool and a couple of employees. Making it so easy is thanks to the innovation in the processes.

Not having a mobile

“Industry 4.0 is not about having a mobile, a computer or a computer system. It is about applying information technologies throughout the value chain of processes, from design to the final product,” says Villacampa.

“We can not afford inefficiencies because we work with minimum margins,” according to Gonzalez. Thus, innovation in processes “is beneficial from minute one. Now we can know everything that a machine has done, how it has done and predict when it can break, which prevents a chain stop.”

Grupo Antolin takes advantage of developments in other branches of activity. “We can introduce innovation by making technology cheaper for the development that other companies have made in connectivity. We use this technology to manufacture with a standardization and, from there, we implant it in all the plants.” That connectivity comes into play.

Thanks to innovation and information technologies applied to production processes, “we achieved that the standardization that we pursue to be efficient allows us to give the multiple solutions that we are asked by car brands, because each customer wants their car to be private We achieve something as contradictory as standardizing individualization, “asserts Gonzalez.

“We know more about ceilings than anyone because we do everything, we do not outsource any of the process,” Villacampa says. Grupo Antolin investigates together with its customers, car brands, how to make a quality ceiling at the best price. “In fact, process innovation has even made our customers adopt some of our processes.”

“We think it is better to control the whole process from start to finish and not ask an outside company to help us to be more efficient.” If we know the process, we know where and how to optimize it better than someone from outside. We dedicate ourselves to the logistics “.