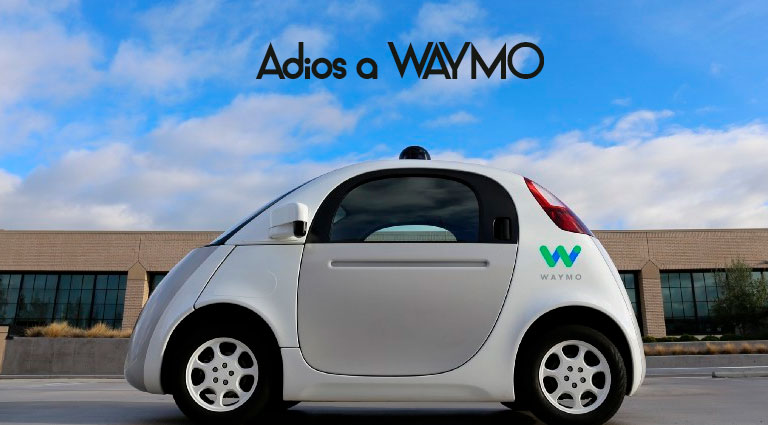 Alphabet will focus on automating commercially available vehicles with its technology.

Waymo, the unit that develops autonomous cars in Alphabet (parent company of Google), has withdrawn its prototype of vehicle without driver, known as Firefly. Since 2014, the company has used this small two-seater car, without pedals or steering wheel, as a prototype to test on the road the advances of its autonomous driving system. Built in collaboration with the automotive supplier Roush Industies, this vehicle reached a top speed of 40 kilometers per hour. Its controls are practically reduced to two buttons: start and stop.

The end of Firefly does not mean that Alphabet says goodbye to the concept of autonomous car. In fact, the company has ensured that its strategy will focus on providing autonomous systems to vehicles that are already commercially available. Currently, Waymo is testing its technology on 600 Chrysler Pacifica minivans.

The decision shows that Alphabet is not interested in building their own cars. The company wants to focus on the technology that makes the concept of autonomous car possible, so the strategy goes through partnerships with automakers. In addition, Alphabet has found that the concept of an autonomous car like Firefly, without pedals or steering wheel, is something difficult to assimilate at the moment by the market. In addition, the regulation also does not support this vision of vehicles without traditional controls. In the United States, existing legislation requires that cars have a steering wheel.

The Firefly project has helped Alphabet to test its concept of autonomous car, since in these years it has accumulated more than 4.8 million kilometers on the roads of the United States.

Waymo’s announcement came just after Tim Cook, CEO of Apple, confirmed that the company is working on the development of an autonomous driving system. Like Alphabet, Apple is interested in the technology that makes this concept possible, but not in the manufacture of vehicles, a business that, at least for now, will remain in the hands of manufacturers in the sector.