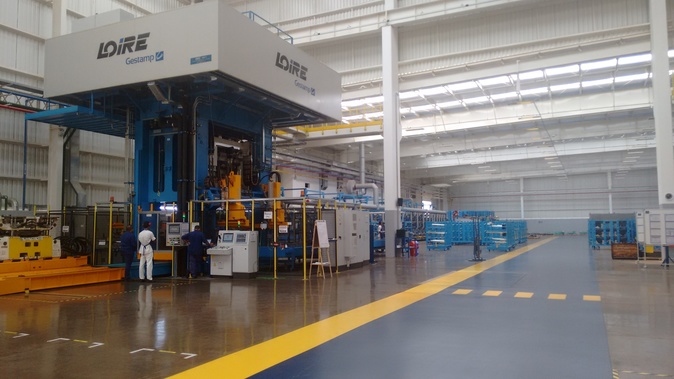 Gestamp opens its seventh plant in Brazil to supply Fiat

It would be the seventh plant of Gestamp in Brazil and will work 82 people. It will manufacture body parts for the Fiat Palio and the Fiat Siena.

The Brazilian factory in Betim has been open since 1976 and is the largest factory in the Italian-American group. Gestamp will provide structural and body parts for the Fiat Palio and Siena models.

Gestamp’s facilities will be ready for mass production in the summer and expects to have 82 employees by the end of 2017.

It would be the seventh plant of Gestamp in Brazil, where last year it invoiced 246 million euros and where it also works for General Motors, Volkswagen, Renault-Nissan, PSA, Honda, and Ford as main customers, in addition to FCA.

The Brazilian automotive market is the tenth in the world. After a fall in volumes since 2014, the country is expected to resume its growth path in vehicle manufacturing starting in 2017. IHS forecasts a growth of 13% for this year.

The president and CEO of Gestamp, Francisco Riberas, said that “it expects to achieve sustainable growth in Brazil, seeking to meet the demands of customers with the highest quality and technology.” The announcement of Gestamp coincides with the official visit of Mariano Rajoy, President of the Government to the South American country.