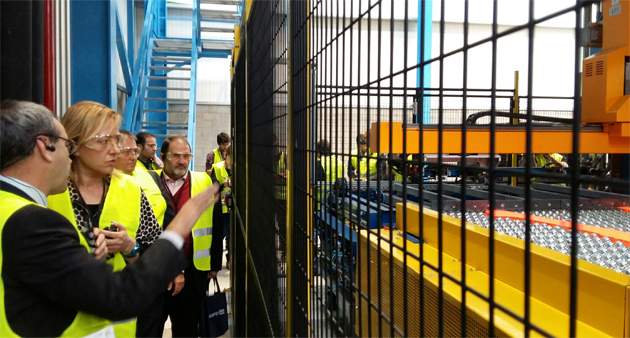 This line is the first hot stamping in Aragon, whose implementation has meant the generation of 18 new jobs. The company, based in the El Pradillo Polygon of Pedrola (Zaragoza), will make body parts. Among its customers is the Opel España plant in Figueruelas.

Improving the service that Gestamp performs as an auxiliary company is the objective of the new line of hot stamping that has been implanted in its facilities in Zaragoza in which a total of 7,5 million euros has been invested. An investment that has been accompanied by an extension of the installations of about 2,800 square meters in one of the two naves of the plant. In addition, 18 new jobs have been generated.

This hot stamping line will allow the company to make body parts that will significantly reduce the weight of vehicles, in addition to improving their safety and emissions. Thanks to the hot stamping process, it will also improve its behavior in the event of a collision, contributing to increase the safety of the passenger.

In particular, this line, which has two independent plates of 600 tons, has a capacity to produce four pieces in each stroke. The average cadence is 200 strokes an hour.

Its features also include the integration of control systems of Industry 4.0 and the incorporation of automatic connections for the change of tools, thermographic cameras and a monitoring system.

This new line of hot stamping will in turn support the production of the rest of the lines that the company has in Spain, which are located in Abrera (Barcelona), Abadiño (Vizcaya), Almusafes (Valencia) and Dueñas (Valencia).

Globally, Gestamp has more than 75 hot stamping lines, being one of the world’s largest suppliers of parts through this system.