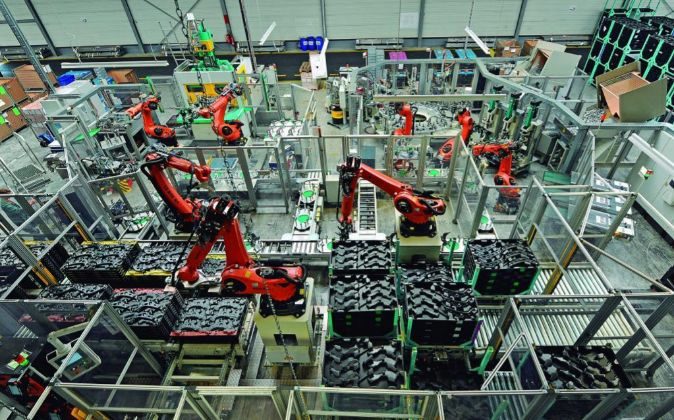 Gestamp: bet on a simple technology

The term “metal treatment” is often used pejorative to describe the segment of engineering that makes use of a simple technology.

Gestamp, the Spanish group whose business is literally the metal treatment, is about to check the interest of investors in this type of thing.
On Monday, the Ribera, the founding family, announced their intention to take 25% of the car components supplier to the market. No more money is planned. It is easy to do a valuation calculation; Starting from the company’s 12.5% ​​sale to Mitsui for 466 million euros last year, Gestamp’s market capitalization should be around 3.7 billion euros, giving a company value of around 5.3 billion – something more than Six times earnings before interest, taxes, depreciation and amortization in 2016.

Gestamp specializes in manufacturing body panels such as metal laminated doors and bonnets, which it sells to car manufacturers. Its factories are spread all over the world, close to car assembly lines. Its attractiveness lies partly in the fact that it tries to improve the saving by reducing the weight, for example, by the hot stamping of sheet, which allows to obtain a thinner steel.

As a reference you can use ElringKlinger, a German supplier of plastic joints and panels. Like Gestamp, about three-fifths of its sales are concentrated in Europe. Its shares are trading at about seven times the ebitda, which is a premium over its rivals. Its ebitda margin is higher, but it has fallen, while that of the Spanish group rises thanks to higher sales growth, aided by frequent acquisitions.
The global auto market is growing at 2-3% per annum. A supplier can overcome that rate by raising prices – something difficult to sustain for a long time without technological advances – or gaining market share. It can also depend, as Gestamp does, for car manufacturers to outsource a larger part of the assembly process.

There is little reason to think that such outsourcing will diminish, given the investment that the automotive industry must make. If Gestamp’s growth continues to be managed equally well in public than in private, shareholders should be able to draw benefits.