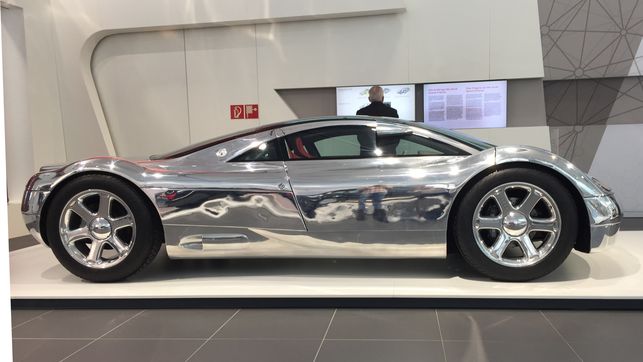 In 1982 Audi executives commissioned their engineers to search all over Europe for the possibility of making a body, even partially, in aluminum.

It was not until 1993 that, with a sufficiently mature market, the brand of the four rings presented the first body ASF (Audi Space Frame), mounted on the first A8.

The new generation of the flagship German, which will take to the streets after the summer, is based on a body of just over 280 kilos of weight.
The Audi V8 of Dr. Timm with the Avus in the background. 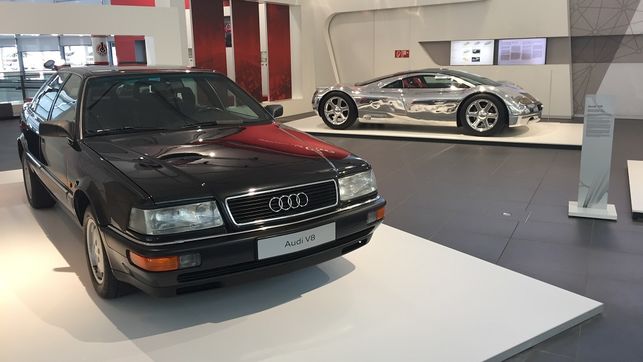 No one will probably say anything about the name of Heinrich Timm. Even today he is a man who likes to go unnoticed and sit down to take notes of what the engineers say that has happened to him in his responsibilities at the Neckarsulm factory, where Audi produces his most luxurious models, for example the A8 and R8 .

Timm’s hair had the strongest safety when in 1982 Ferdinand Piëch, then Audi R & D delegate, ordered him to test all over Europe for the possibility of making a body, even partially, in aluminum. Herr Piëch sought to lighten weight by maintaining structural rigidity as a whole in view of the increasing demands for equipment that were visible on the horizon.

Like all the beginnings, those of Timm were complicated because most manufacturers barely guaranteed a 3% ductility in the extruded aluminum (those that must be able to be folded in case of vehicle collision) when he aspired to figures between 15% And 18%.

By 1988 it had been possible to develop the first space frame of the firm and mount it in an Audi V8 that our man used as a private car for five years. Surely if he thought of telling someone who was driving a car made of aluminum, they would take it for a vacilón. Even Piëch realized that the market was not ripe for such a launch, so the car was marketed in steel.

Until September 1993, at the Frankfurt Motor Show, the first ASF (Audi Space Frame) body was not released, mounted on the first A8. It weighed less than 250 kilos and, despite everything that has since evolved light construction, the new A8, which will hit the streets after the summer, will have a body that exceeds 280 kilos due, above all, to the requirements Of new propulsion technologies.

Audi had previously boasted of its competence in the matter with a prototype of supercar that baptized like Avus, in honor to the legendary Berlin race track known for its two interminable lines. Thanks to a W12 engine of 6 liters of displacement and 509 horses, the Avus quattro accelerated from 0 to 100 km / h in less than three seconds and surpassed the 340 km / h of tip speed. 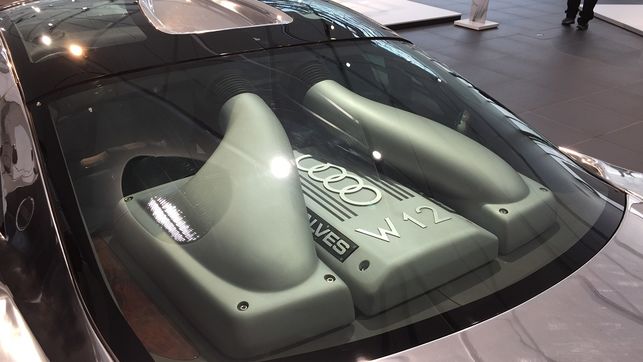 f the engine, after the only two seats, no doubt recalls that of the R8, the model that would take much of its technological heritage and philosophy, as well as that of the Bugatti Veyron, the sport of the 1,001 horses, which Was its clear successor once the German mark took control of Italian-French.

In these days of 23 years of light construction, the Audi Forum of Neckarsulm has made room in its facilities to welcome the illustrious pioneers of ASF technology. There we have been able to photograph both the then brutal Avus quattro, which today we get almost a candid smile, as the Audi V8 that led the doktor Timm and testify that both really existed.