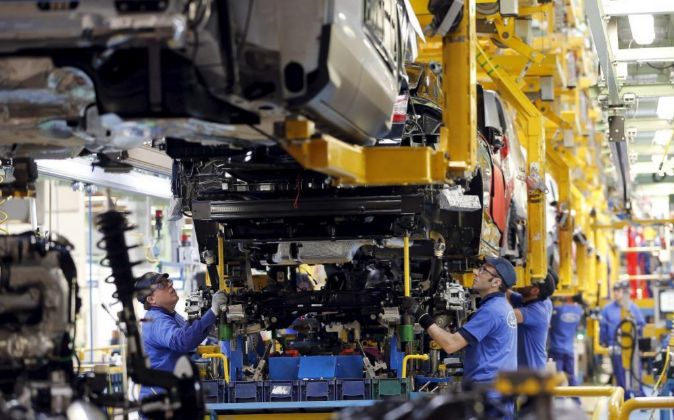 After trimming its production level a few months ago, the Almussafes brand plant plans to re-touch the two thousand units daily and will incorporate between 140 and 160 temporary, in addition to renovating to 240 temporary.

The pull of the ‘Kuga’ and to a lesser extent the demand of the ‘Transit’ will allow the largest Valencian factory, the Ford plant in Almussafes, to return to the maximum production levels, in which around two thousand cars a day . The plant also joins the ‘Mondeo’, ‘S-Max’ and ‘Galaxy’ models.

Ford’s forecast is that after the three-week holiday of the factory in Almussafes, in the last week of August, increase the daily production of vehicles by 110 units, and maintain that increase until the end of the year, according to UGT-Ford spokesman Carlos Faubel told EFE.

Specifically, it is planned to move from the 1,810 units currently manufactured daily by the Almussafes factory to 1,920, mainly the Kuga model, which pulls production, and some of the Transit van.

Faubel said that the selection processes have already begun to hire between 140 and 160 people who will join the three shifts of manufacturing of the assembly plant, while this week will renew the 240 temporary that entered in 2015.

Faubel stressed that, with these measures, the agreements that the majority union signed with the company in October 2014 in the commission called Observatory for employment, which provided for 3,000 new fixed contracts in the factory, will be met.

A first part of these contracts was fixed during the last year and was pending a second phase that affects 630 workers, who by the end of the year will finish signing the fixity of their contract, he said.

He explained that, in total, there will be a renewal of almost 60% of the Ford Almussafes staff, among the workers who have partially retired in recent years and those who will retire between this year and next.

Faubel has indicated that the challenge for 2018 is how to deal with the stock of temporary employment that remains of those 240 workers who are going to renew now until the end of the year, for which we will have to analyze during the last quarter of 2017 what production plans Has the factory for next year.

The Ford factory in Valencia in addition to the assembly of passenger cars and vans has a plant dedicated to engines. Initially it had planned temporary measures for the loss of Jaguar-Land Rover engines, although the current good demand has prevented the temporary reduction of employment.