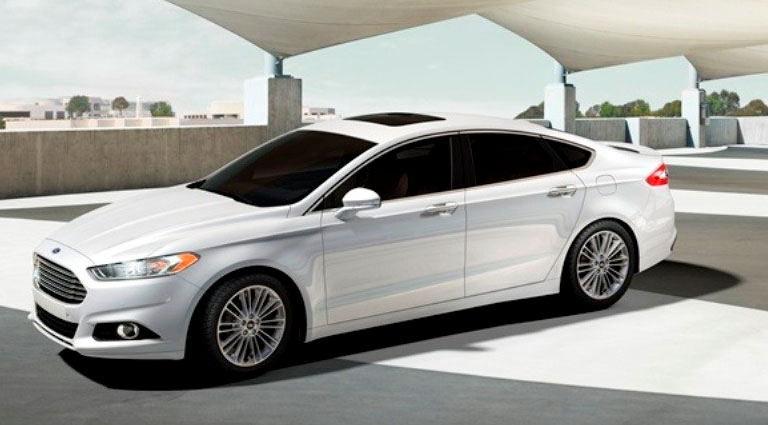 The Mondeo HEV 2.0 Hybrid adds a combined power of 186 hp and is sold exclusively with four-door body

Ford extends the Mondeo range with the new HEV 2.0 Hybrid.

Ford has just expanded its range of the Mondeo saloon with a hybrid version that we have already had a chance to try. It is a refined tact and quiet handling vehicle that shows its best face in city and surroundings, but also offers a fully satisfactory operation on the road.

It should be noted, firstly, that there is no equivalent alternative to the Mondeo if hybrid technology is desired, since the models are more or less homologous either are smaller or are more powerful and expensive. And speaking of prices, this version, which comes for 32,820 euros, is not more expensive than the similar gasoline or diesel with equal equipment.

The Mondeo HEV 2.0 Hybrid adds a combined power of 186 hp and is sold exclusively with four-door body and the very complete Titanium finish. Like any model of this type, it offers a resounding and very silent response in urban traffic; The start-up of the gasoline engine is perceptible from the inside, but it does not disturb at all.

If it is a trip, we find the biggest defect of this version: a trunk shaped very conditioned by the placement of the battery and it loses 142 liters with respect to the conventional sedan model (383 versus 525). In spite of everything, the space can be used more than expected provided that we use suitcases not too large that we can accommodate in the holes that are available, for example, that is above the battery itself.

Once on the road we will see that the Mondeo Hybrid moves smoothly and smoothly on flat terrain and that, on the other hand, when it is required intensely – in front of it or in high heights – it behaves with the same solvency, but accompanied by Abundant noise of the engine that filters to the habitat in spite of the good work of soundproofing.

The explanation for this phenomenon lies in the type of transmission chosen, a planetary gear that has no fixed ratios and causes the engine speed to remain high regardless of the speed at which it is driven, all to guarantee a performance Optimization of the hybrid system.

This annoyance aside, the efficiency purpose pursued by such a model is more than achieved because it spends very little fuel in the city and outside it consumes what a diesel, although orography is fundamental in this regard.

During the 1,000 kilometers we have traveled with him, many by highway and highway, the hybrid Mondeo has spent 5.6 liters per 100 kilometers, and the combined consumption figure is around 6.5. The conclusion to be drawn is that this version of the Ford sedan is recommended for users who do not make intensive use on the road, or circulate in a ‘quiet’. For those who have large cargo needs or are forced to move with bulky objects such as a baby chair, it is not the most advisable option.