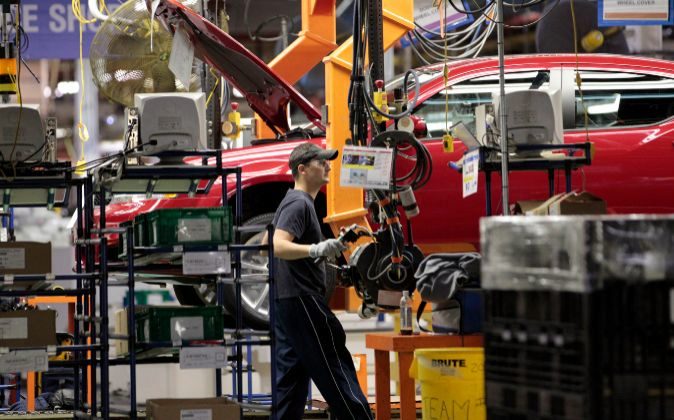 The Italian-American automotive group made profits of 641 million until March.

Fiat Chrsyler Automobiles (FCA) said on Wednesday it posted a net profit of 641 million euros in the first quarter of 2017, up 34% from a year ago.

In addition, the group has explained that its adjusted net operating profit (ebit) was 1,535 million euros, 11% more. Revenues also rose 4% to 27,719 million.

However, industrial indebtedness stood at 5,112 million euros, compared to 4,585 million with which the company had closed the 2016 financial year.

On the other hand, the group has confirmed the objectives foreseen for this year and has mentioned that it expects to obtain an adjusted net profit of more than 3,000 million euros, a net income of between 115,000 million and 120,000 million, an adjusted ebit higher than 7,000 Million and an indebtedness of less than 2.5 billion.