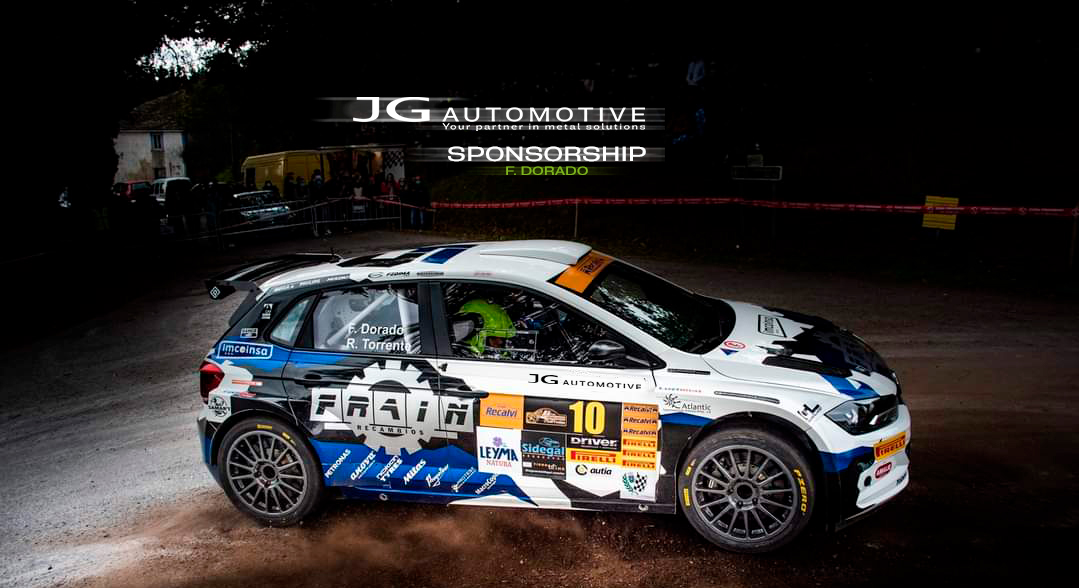 Fco. Dorado tells us how he will present himself this weekend at the Rally Sur Do Condado.

JG Automotive supports its driver Fco. Dorado Vizcaino and his co-driver Roi Torrente betting on technology in the high competition in the automotive world.

Fco. Dorado tells us how he will present himself this weekend at the Rally Sur Do Condado.

“Without much luck in the two appointments held so far in the Galician rally event, the Lugo driver hopes to be able to reverse the trend this weekend, trying to reap a positive result that will motivate the team. In the two races held so far, luck has eluded him.

Now and with renewed energy, Francisco Dorado, accompanied again by Roi Torrente, will try to show the speed that prompted him to reap the scratch in the initial section of the Pontevedra Rally, just before an exit from the track took them out of the game. at the beginning of the day on Saturday.

The Sur do Condado is a test that brings good memories to the Galician couple, since in their last participation in the South Galician event they achieved a victory in their category with the small 208 R2. This season, they will sport the number 7 on the doors of their imposing VW Polo GTi R5, a mount that will allow them to fight on mechanical equality with the favorites.

The race with its epicenter in Salvaterra do Miño, very close to northern Portugal, will be held in its entirety on Saturday, with a very demanding itinerary, which will begin at seven in the morning and will end after midnight on Saturday. There will be six timed specials to be played twice, adding up to a total of twelve stages.”