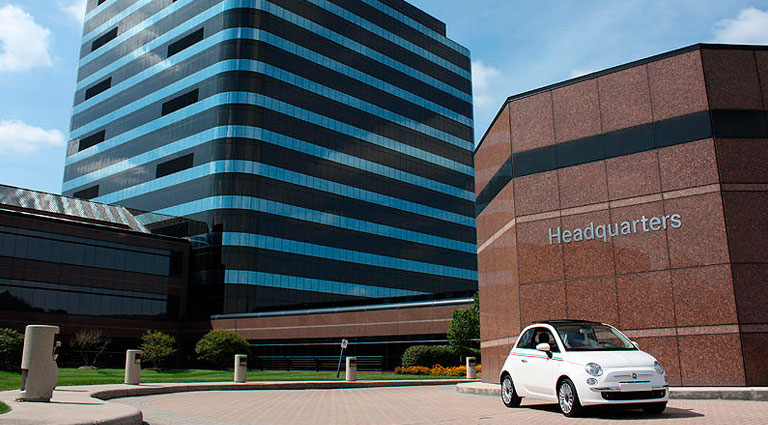 FCA will not make decisions on its brands until 2018

While its shares have revalued 25% in the last month, its direction insists on seeking collaboration agreements with other groups

Fiat-Chrysler (FCA) has become the leading automaker of the summer. His name has been in big headlines, which has made once again true the saying attributed to the folk that “they better talk about one even if it is bad.”

Rumors and speculation have raised the stock market in a spectacular way. In a month, the value of the action has gone from 10.06 euros to 12.54, 25% more. First when China’s Great Wall Motor announced its intention to make an offer for FCA, which has not yet occurred, and later on the possibility that Maserati and Alfa Romeo dissociated themselves from FCA to improve their valuation.

Officially, nothing has been announced since the Italian-American group, but so far, all the disintegration operations that its CEO, Sergio Marchionne, have done well. First it was with CNH Industrial, which comprised the divisions of trucks, buses, tractors and earth moving machinery as well as the division of large engines; And that in the last year has increased its value by 50%. And the second has affected Ferrari, which in the same time period has revalued 136%.

In addition to the revaluation objective, Maserati and Alfa Romeo’s disaggregation would facilitate a possible sale of the group as a whole if there was an interesting proposal. Although in Italy it insists on carrying forward the business plan 2014-2018 and in reaching agreements of collaboration with some other group more than to look for a buyer. In any case, they say that there will be no announcement on the matter until the next General Shareholders’ Meeting scheduled for the beginning of spring 2018.

Anyway, it would not be surprising if the Agnelli family, the main shareholder of FCA, wanted to change the focus of the business even if it meant the sale of Fiat, the company that John Elkan’s great-great-grandfather Giovanni Agnelli founded in 1899.

The creation of the so-called polo di lusso (luxury pole) has been discussed on several occasions by the leaders of the Italian group. It would form the three legendary sports brands: Alfa Romeo, Ferrari and Maserati, among which you can establish multiple synergies and have strong R & D departments. It is true that it is expensive to maintain that capacity for innovation but feasible as long as Ferrari maintains a margin of almost 75,000 euros of average profit per car sold. And more if Maserati continues to grow as it has until now and Alfa Romeo manages to make a gap between premium brands.

It remains to know what will happen to Jeep, the brand of the consortium that is considered to have the most growth potential. Although it is hard to believe that by 2025, when sales of todocamino vehicles reach 35 million, according to forecasts, it can enroll seven million units.

With a value of about 22.5 million euros at present, it is estimated that Jeep could reach more than 27 million. In recent times it is valued as a premium brand so it could fit in the polo di lusso. But its sale could help relaunch Alfa Romeo, which plans to expand its offer of todocaminos.

Decisions in this respect should be maintained until the spring of 2018. Previously, only the announcement of the disintegration of Magneti Marelli, the division of components, whose valuation ranges between 3,000 and 3,500 million euros and Which could lead to its sale and integration into a large international group.