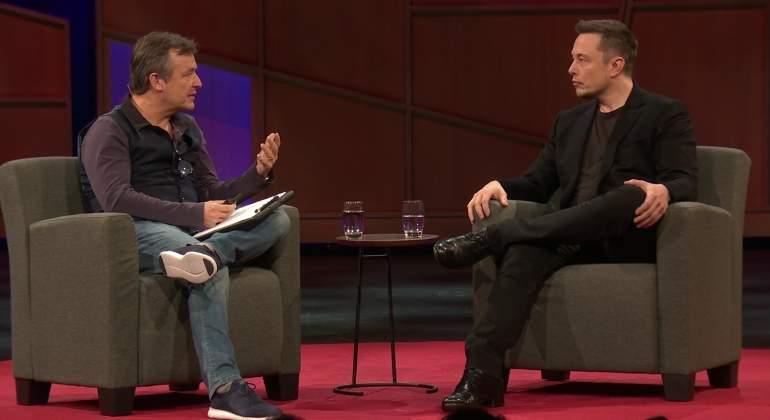 “It’s important to have a future that is inspiring and attractive. I think there have to be reasons to get you up in the morning and want to live.” Thus Elon Musk described the source of his desire to create apparently utopian inventions without stopping.

The creator of PayPal spoke this weekend a TED talk in which he did a breakdown of the future of many of his projects, which described his idea of ​​the future. Autonomous vehicles, underground or interplanetary journeys, clean energy throughout the planet … Projects that only a few decades ago were exclusive territory of science fiction.

Tesla continues to develop its models. Model 3 production will start in July, and by the end of the year they expect the level of automatic driving of their vehicles to cross the United States from coast to coast without having to touch the steering wheel.

Elon Musk warns that the proliferation of autonomous and electric vehicles, such as the Tesla case, will not stop traffic jams but will increase them, since it will be more comfortable and cheaper than traveling by bus.

Consequently, he believes that the future of the private vehicle is shared at will with other users in exchange for a consideration: “There will be a shared autonomous fleet where you will buy your car and you can choose to use it exclusively, share it only with friends and family, To use only drivers rated five stars or share it only on certain occasions.It will happen to 100 %.It is only a matter of when. ”

On the other hand, Musk

In December he was involved in a traffic jam and the idea came up. Last week, a first image of the TBM saw the light, and the web and the first animated 3D design emerged. Musk explained that The Boring Company is getting ahead with “2 or 3%” of their time and thanks to “fellows and people working part-time”.

In order to confront the enormous costs of digging dozens of tunnels of several kilometers in length that allowed the underground transport of private vehicles, Musk proposes to reduce the diameter of the current traffic tunnels to just over 12 feet. In addition, it would redesign the tunnel boring machine to reduce time between excavation and tunnel reinforcement.

Musk further claims that these tunnels could serve for his Hyperloop, the high-speed train that circulates in a vacuum. And he points out that the great depth to which it would be dug would prevent that the buildings of the surface underwent no vibration.

Elon Musk has pointed out that his solar tiles, indistinguishable from the normal ones from the street, will have several textures, will enjoy great durability – “infinite guarantee”, he affirmed – and will cost the same as a normal roof if one takes into account the electrical saving That they will generate.

There are so many benefits that Musk believes that his solar houses project brings with him that adventure “in 15 years will be unusual to have a roof that is not solar.”

After successfully reusing a SpaceX rocket to take off and land so it could have multiple uses, Musk continues to aspire to interplanetary travel with large cargoes of goods and people.

Thus, it foresees rockets of a size four times greater of Saturn V, the greater one constructed never. He wants this “Interplanetary Transport System” to begin to become reality within “eight or ten years”. “Our internal goals are even more aggressive,” he says.

However, he has warned that it is necessary to invest. It is not as in the case of electric power, whose dominance he believes would have come independently of Tesla’s thrust. Remember that the development of space technology, like other great achievements of mankind like the Egyptian pyramids, can fall into oblivion if its improvement is not promoted.

“If the future does not include being out there among the stars and being a multiplanet species, I think it would be incredibly depressing if that were not the future we are going to have,” he suggested to end his talk.