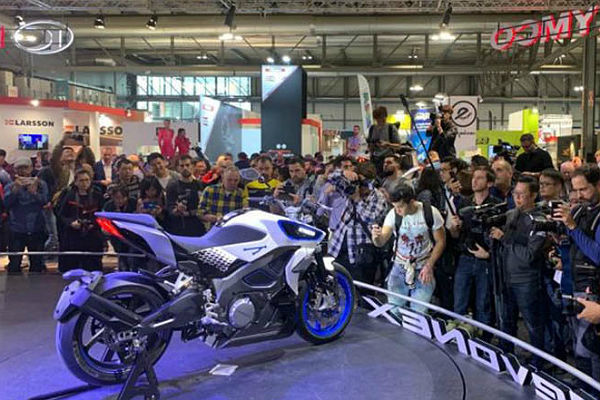 The unavoidable appointment of the two wheels that is the Milan Motor Show (Eicma), -from last Tuesday and until Sunday- hosts this week and as every year the main novelties of the sector for 2020 (and 2021 in some cases), and on this occasion with the brands waiting for the entry into force of the Euro5 emission regulations that will mark the future of future models. The combustion wins this year in prominence to the electric.

It is not a step back from the electric, far from it, just a change of pace. The brands, even aware of the inevitable shift towards this type of energy, propose for next year more power and performance in their combustion models, seeking, increasingly, to satisfy the tastes of the customer who knows that, for now, the electric continues limited by price, autonomy and, above all, recharge, the real workhorse.

Ducati, always the protagonist in the annual event, advanced his model range in his Ducati World Premier in October, but that is why the Streetfighter V4 has stopped surprising with its design and features, inherited from MotoGP. With it also come new options of the Scrambler, the Panigale V2, Diavel 1260 and its S version, and the Multistrada 1260 S Grand Tour.

The rebirth of Bimota after the purchase of Kawasaki has these days in Eicma its long start with the Tesi H2, which has the personal concept of the direction and suspension of Bimota TESI technology and the Ninja H2 engine of the brand from Akashi. For its part, Kawasaki renews its best-selling Z900, which incorporates the Z650 and Z H2, the Ninja 1000 SX, in addition to the retro W800.

Honda is committed to sportsmanship and with the mind set on the Superbike World Championship (the participating bikes must be on sale as a requirement) with the CBR 1000 RR-R Fireblade and its SP version, based on the technology of its MotoGP RC213V. Its engine is the most powerful manufactured by the winged brand for the public: 217 hp. Next to them, the popular SH125i, the CMX500 Rebel and the CB 1000 R, flagship of the neo sports café are updated. Outside the asphalt, after the recent announcement of the new Cota 301RR, the brand’s most Racing orientation model, Montesa presents its renewed Cota 4RT260, Repsol Replica and 4RIDE.

The new Pan America and Bronx (an aggressive naked) from Harley-Davidson have also arrived in Milan, which represent a change of course for the brand both by segment and because they mount the new Revolution Max engines of 1,250 cc and 975 cc, respectively. Of course, your electric Livewire is also present, ready to reach dealerships at the end of the year.

Kymco captures a good part of the eyes with its RevoNEX, which will arrive in 2021, an electric naked with a change of 6 relations, a maximum speed of 205 km / h and that promises a deep and ascending sound with the engine revolutions. With it, the Taiwanese brand has also presented the i-One DX, a sports version of the model that it announced in Amsterdam within its Ionex program and the launch of the new CV3, its first three-wheel scooter and that will go into production in 2020.

BMW redoubles its commitment to the Adventure Sport segment and renews its S 1000 XR by providing it with the 160CV of the updated engine of the S 1000RR conscious, as recognized by Ralf Mölleken, director of the project that “it is always difficult to find successor for winning motorcycles” like this . Along with it, the German brand also presents the new F 900 R and XR and the beautiful custom concept18 / 2 with which it continues to enhance its heritage.

Yamaha presents the seventh generation of its TMax 560 with an even sportier turn if possible and with almost 47 HP of power along with the Tracer 700, the 300 cc version of its three Tricity wheels and two editions of the FJR 1300: the AS Ultimate Edition and the AE Ultimate Edition.

The Piaggio group presents the new Medley and the updated Beverly range, while Vespa proposes a limited special edition of Spring, the result of collaboration with the famous designer Sean Wotherspoon, as well as the new sports versions Racing Sixties, Primavera RED and a Vespa Elettrica capable of reaching 70 km / h., To which the Travel edition of the Moto Guzzi V85 TT and the V7 III Stone S and V7 III Racer 10th Anniversary is added.

Triumph has landed in Milan with the new Thruxton RS as the main novelty of the British firm, along with the special editions Bud Ekins of the Bonneville T100 and T120, in addition to the exclusive Triumph Bobber TFC, its latest top model. With them, the public has also been able to see in the first person some other novelties of the brand for 2020 such as Street Triple RS, Rocket 3 R and GT and Daytona Moto2.

The Swiss Quadro Vehicles, after announcing its expansion to the US, Asia and the UAE, arrives in Milan with 6 novelties: the new generation Qooder, the eQooder, the xQooder, the QV3, the QVe (the only electric vehicle with three tilting wheels in the market) and the Nuvion, the result of its alliance with Sym.

Many other brands present models to the Italian public: Suzuki, finally presents its long-awaited V-Strom 1050 (with XT version) that has an attractive finish to its mythical DR Big of the Dakar; Indian, arrives with its FTR Rally and the impressive Challenger bagger; ; Aprilia, its new RS 600 as well as the naked one that is derived from it, the Tuono 660 and the V4 range that is updated with the RSV4 1100 Factory and Tuono V4 1100 Factory; Peugeot, its new flagship Metropolis RS Concept, the urban GTPulsion and the 50 cc Django that arrives with a front redesign; MVAgusta, your Brutale 1000 Rush…