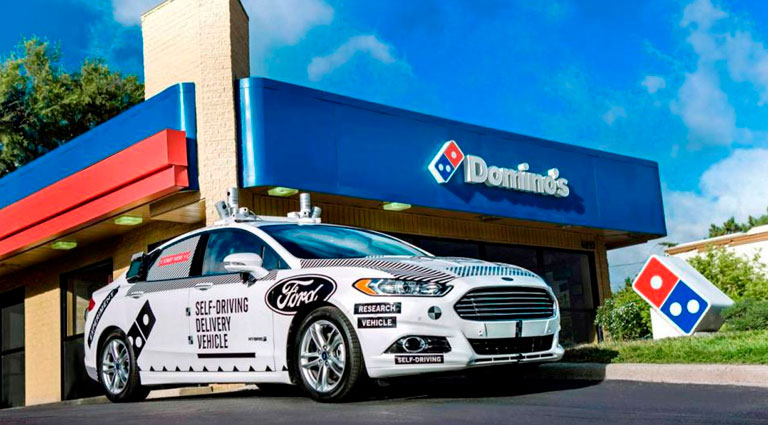 Without a doubt the pizza business is one of the most receptive to using autonomous vehicles in the future. Not only cars, but we have already seen drones and even small robots deliver pizzas in different pilot tests around the world. Well, now with Domino’s and Ford who begin a pilot test of pizza delivery, anticipating what could become a reality in a few years. This new test will be conducted in the United States, specifically in the state of Michigan. Let’s know the details.

On board a hybrid and autonomous Ford

Well, this new test will be carried out with a Ford Fusion hybrid and completely autonomous, which will deliver the pizzas will need driver. Customers at all times can check the location of the delivery vehicle.

It is not the first time that Domino’s tests the autonomous delivery, as with these autonomous robots

And once this one arrives at the address, it will notify with a text message to this one so that it leaves to pick up the pizza from the container designed by the company. Since Ford have said that they hope to launch an autonomous vehicle for commercial purposes by 2021, so this test would be the prelude to a reality in less than a lustrum.