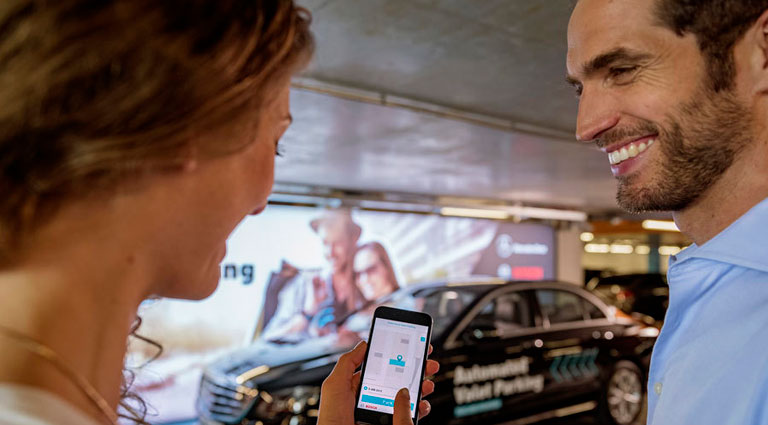 Daimler and Bosch, a stand-alone parking ‘essay’ at the Mercedes-Benz Museum

This system would allow a better use of the parkings, greater coordination and less stress

Each one by its side in pursuit of the autonomous car

Bosch and Daimler launch an automated parking service based on smartphones. The first provides the infrastructure and the second, on the other hand, the technology applied to cars. Both currents materialized this Monday in a demonstration realized in the parking of the museum Mercedes Benz in Stuttgart, Germany.

The automated valet parking allows the driver to automatically park in the assigned parking spaces only with the help of his smartphone. It is not necessary to be aware of the movements of the car in what Bosch has called “an important milestone on the road to autonomous driving.”

“Autonomous driving will be among us faster than many would imagine,” said Michael Hafner of Mercedes-Benz Cars. “The driverless parking in the museum demonstrates in an exhaustive way how advanced this technology is,” he added.

The sensors installed in the parking lot, with an intelligent infrastructure provided by Bosch, observe the traffic zone. The technology inside the car interprets the orders of the sensors and turns them into maneuvers, including the total stop of the car.

It is expected that, by the beginning of 2018, the automated parking in the parking lot of the Mercedes-Benz museum can be offered normally to all its visitors. This system, to be taken to other car parks, would allow, according to Bosch, a more efficient use of space and, without a doubt, greater peace of mind for users.